'It's like a movie': Sherwood Park's Hubbard ready for American college football stardom 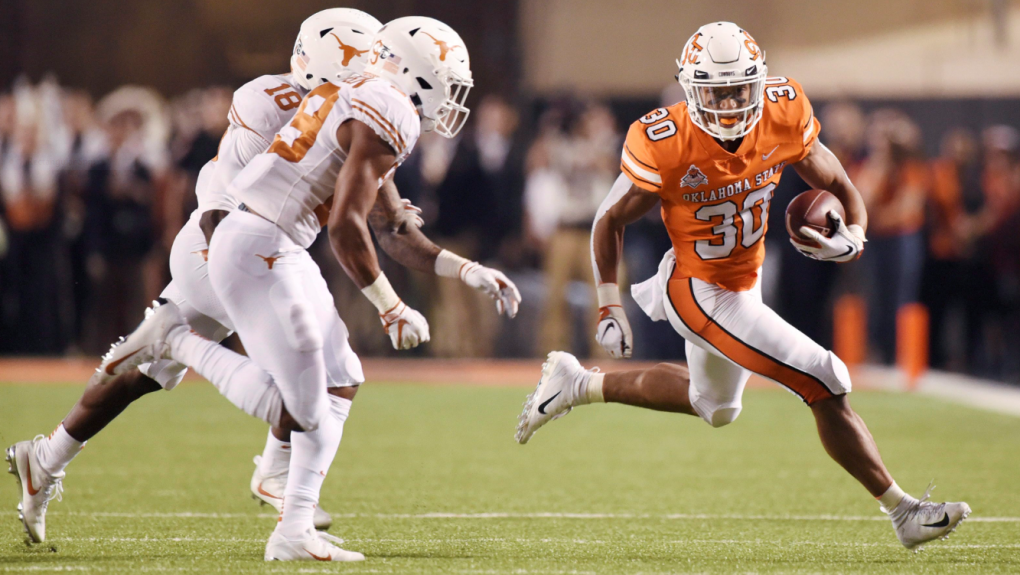 It’s a long way from Sherwood Park to Stillwater, Oklahoma but that journey into the spotlight of American college football has gone from a dream to reality for Chuba Hubbard.

Hubbard, 20, is set to take on the starting running back role this season for the Oklahoma State University Cowboys, three years after graduating from Bev Facey High School.

“I had hopes and dreams of playing in the NCAA,” he said of reaching U.S. varsity football’s top tier. “But when it all started it was kind of overwhelming a little bit. It’s like a movie.”

Hubbard will start in the backfield tonight when OSU opens its season on the road against the Oregon State Beavers. It's a role he earned after emerging as an unknown freshman and impressing in limited playing time at the end of last year with performances that drew the attention of coaches and analysts in the college football-mad South.

"It's hard to compare anything to it really," he said of playing in front of more than 55,000 fans at the team's Boone Pickens Stadium. "Everyone lives for football down here."

Chuba Hubbard is on the loose! #okstate pic.twitter.com/meU7QOsqCj

Hubbard is looking to follow in the footsteps of fellow running backs and OSU alums Thurman Thomas and Barry Sanders, who made their names in college before going on to hall of fame pro careers.

More recently, the school's last two starting running backs, Chris Carson and Justice Hill, were both drafted in to the National Football League after their Cowboy careers.

“He's really just kind of scratched the surface with his body and what he can do and what he can bring to the table,” Cowboys head coach Mike Gundy said of Hubbard to reporters at the team’s media day. “We’re really excited about him at this point.”

Hubbard even caught the eye of long time ESPN college football broadcaster Kirk Herbstreit who listed the Canadian as one of his breakout stars to watch in the Big 12 Conference this season.

“Watching his speed, last year we got a taste of it. This year you can expect big things from him in that offence,” Herbstreit said on his televised season preview show. 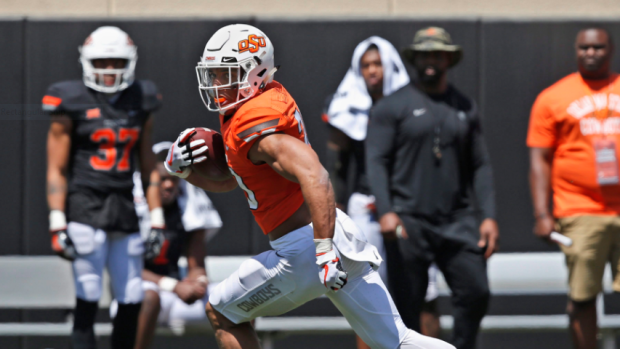 Hubbard and the Cowboys are looking to bounce back after winning only seven of their 13 games last season. He says he has higher expectations for himself and his team this season.

“We’re coming in with a clean slate. Last year, some things happened for me, but as a team I didn’t think we did even close to what we should have,” he said.

“I’ll play my role whether I run the ball 30 times or two times.”

Hubbard’s journey to Oklahoma started in the Bev Facey backfield, where he racked up more than 6,800 rushing yards, a 15 yard-per-carry average and 82 touchdowns, winning both team and league most valuable player awards.

“His grade 11 year is the most dominant performance I’ve ever seen from a high school kid,” said Tanner Stephens, one of Hubbard’s high school coaches.

“It was awesome to see.”

His performances caught the eye of American recruiters, who listed him as the top player in the province, drawing attention from some of college football's biggest schools, including Alabama, Oklahoma, Auburn and Miami (Fla.).

"A lot of these kids never got to see him play so it's kind of like the 'legend of Chuba,'" said Stephens.

"It’s a pretty cool feeling to watch him on TV in those big games and think two or three years ago he was in the same position they’re in right now." 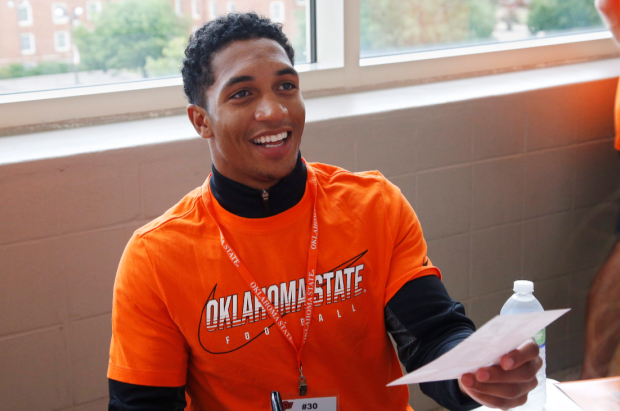 Hubbard isn't the only Albertan on the Cowboys and is joined by freshman linebacker Amen Ogbongbemiga from Calgary.

He says he's proof that Alberta’s top football talent can succeed at the sport's next level.

“Work hard and good things will come. Everyone has their own path in life,” Hubbard said.