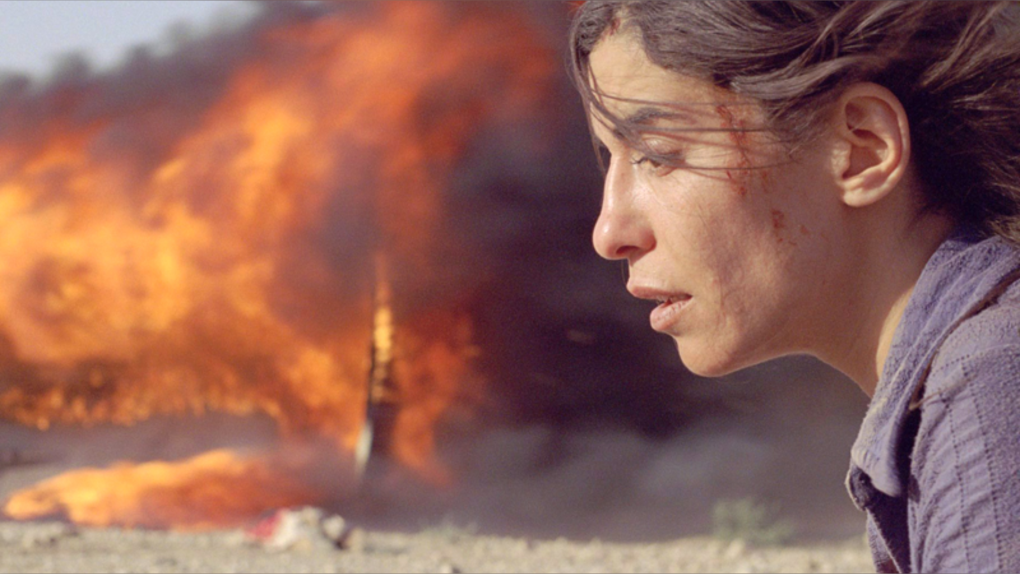 The idea was to coordinate screenings of Canadian films, from coast to coast, all on one day in April. Venues could be anything from traditional movie theatres, to libraries, to schools, to nursing homes. It didn’t matter – the whole idea was just to get people watching, and celebrating, Canadian films.

So here we are, seven years later, and they were all set to announce over 1,000 (!) screenings for this year’s edition. Until our old friend COVID-19, like it has done for so many other events and festivals this year, put a stop to that idea.

Undeterred, the organizers decided to hold the whole thing online, soliciting the participation of the nation’s broadcasters and streaming services to help deliver the goods.

Whether you want to watch a movie alone, with your family, or even join a national Watch Party, there are a ton of great suggestions on the NCFD website. To help you navigate your way, here are a few of my personal Canuck film favourites!

BON COP BAD COP – The highest grossing Canadian film of all time (raking in over $12 million at the Canadian box-office upon its release in 2006, ousting longtime record holder, Porky’s!), Bon Cop Bad Cop is a fast and furious buddy cop caper in the mold of Rush Hour and Lethal Weapon, but with a distinctly Canadian flavour, as detectives from Quebec and Ontario must join forces to solve the murder of a hockey executive! There’s a reason this was such a massive hit – Patrick Huard and Colm Feore are fantastic together, and the movie is just plain hilarious.

LAST NIGHT – One of my favourite Canadian films of all time is Don McKellar’s high concept tale that brought Y2K paranoia to its natural conclusion: the ‘last night’ of the '90s was literally going to be the ‘last night.’ Period. McKellar and Sandra Oh are great, and they’re supported by a quintessential Canadian supporting cast that includes Callum Keith Rennie, David Cronenberg, and Sarah Polley. (Hollywood Suite)

LONG TIME RUNNING: TRAGICALLY HIP – Let’s not sugarcoat it. 2020 has been an absolute disaster, with seemingly no end to the miserable news in sight. So, I invite you to sit back, crank up your power bar, and harken back to a simpler time: 2016, when Gord Downie was still with us, and the Tragically Hip were about to embark on what would be their farewell tour. This is an emotional, and entirely fitting tribute to one of the most beloved Canadians who ever lived. And it will make you feel better. (Crave)

ONE WEEK – Joshua Jackson has never been better than in director Michael McGowan’s wistful, contemplative, and downright magical Canadian road trip classic, which, in addition to showcasing the unimaginable beauty of this great country of ours, also gives us an unforgettable Gord Downie cameo. How can you go wrong?! (Crave)

PROM NIGHT / TERROR TRAIN – I could literally populate this entire list from Canada’s golden age of slasher movies (a list that also includes Black Christmas, My Bloody Valentine, and Happy Birthday to Me), but let’s just stick with these two classics, for they both starred the original Scream Queen herself, Jamie Lee Curtis! Sure, they may be a bit more ‘leisurely paced’ than the modern horror fan has come to expect, but they are just so of their time, it’s almost irresistible. (Hollywood Suite)

REMEMBER – I’ll be totally honest here. As much as he is Canadian filmmaking royalty, I’ve never been a huge fan of Atom Egoyan’s films – they tend to leave me a bit cold. But this dynamite 2015 dramatic thriller is, in my opinion, his best film. With an absolute knockout performance by Christopher Plummer, and an engrossing, unpredictable script, this one’s a winner. (CBC Gem, Hollywood Suite)

ROOM – In 2015, Brie Larson was known for some great performances in small films, but hadn’t really had that big ‘breakthrough’ role yet. Room changed all that, as she (deservedly) went on the win the Best Actress performance for her gut-wrenching performance in this mesmerizing adaptation of Emma Donoghue’s best-seller. An absolute must-see. (Netflix)

SHARKWATER: EXTINCTION – Director Rob Stewart’s (tragically) final film is an urgent and emotional follow-up to his internationally recognized 2007 film, Sharkwater. Chronicling his continued fight to stop the barbaric practice of killing sharks simply for their fins, this is at times a hard watch (I’ve seen this film three times, and I still bawl every time), but it’s essential viewing, and something you can – and should – watch with the whole family. (Crave)

STARBUCK – Remade in 2015 as a barely-watchable Vince Vaughn vehicle called Delivery Man (inexplicably, by the same filmmaker); avoid the remake like the plague, and seek out the terrific 2013 original. Patrick Huard (a massive star in Quebec, though not as well known in the rest of Canada) is fantastic as a man-child forced to reconsider his path in life. (Netflix)

THE TWENTIETH CENTURY – Fans of Guy Maddin’s work will be spinning cartwheels when they discover this absolutely bonkers “biopic” of Prime Minister William Lyon Mackenzie King. Hilarious, bizarre, inventive, and endlessly creative, Winnipeg filmmaker Matthew Rankin’s genre-defying creation is – in my opinion – better (and slightly more accessible) than anything Maddin has ever done. This is a great option for the more ‘adventurous’ viewer, and irrefutable proof of the level of creativity this country has to offer. (Crave)