EDMONTON -- When staff at the Alberta Aviation Museum arrived at work last Friday they discovered a piece of history was missing.

"Which was a program that was created during the war effort, Second World War, it housed the Number Two Air Observer School," Lauzon said. 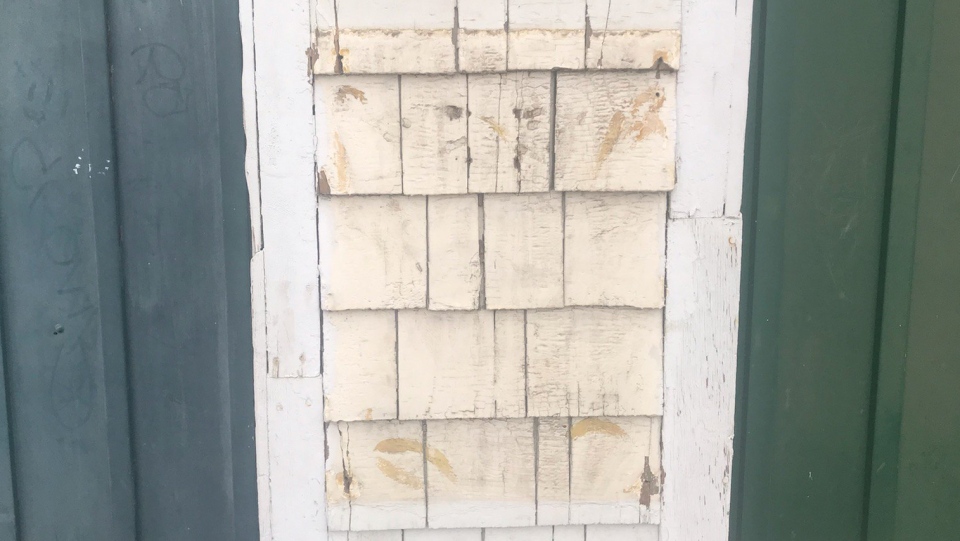 The plaque was ripped off the front wall of the 80-year-old building, causing damage to the original wood siding. It is approximately 15” x 24” in size and Lauzon estimates it would cost as much as $5,000 to replace.

"For the cost that it is to replace it, all museums right now have all been devastated by the COVID, the additional funding to cover a cost like this to have it replaced are not really readily available for a lot of museums,” she said.

Lauzon said its value to veterans is far greater than what someone would get selling it at a scrap yard.

"Why they would want to take it for a little return financially? Doesn't make sense."

The theft has been reported to police and Lauzon says the plaque has been added to a watch list.

"My understanding is there is a plan or a program that's out there that scrap dealers are to notify the authorities when something like this were to come back to their establishments."

She’s hoping the plaque will be found.

"For somebody who did take it, we'd really appreciate it back if it's not damaged and destroyed or marked,” said Lauzon.