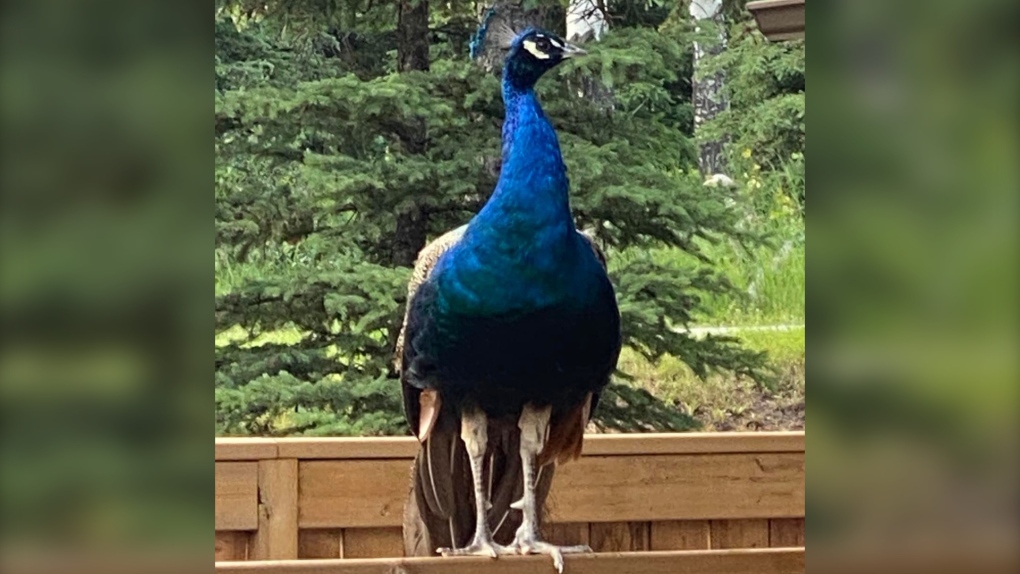 This peacock was euthanized days after it was first spotted in Jasper National Park. (Karl Peetoom)

A peacock spotted in the area of the Jasper National Park townsite has been euthanized.

After days of trying to capture the peacock, Parks Canada made the "difficult decision" to euthanize it on Thursday.

"It could be carrying parasites or diseases that we're not familiar with," he said.

The park's wildlife spent a "considerable amount of time" trying to trap the bird to no avail.

"Unfortunately the peacock just proved to be largely uninterested in what we had on offer in terms of food to bait it into these traps," Argument said. "It seemed to be partial to popcorn.

"He would eat a few pieces and then wander off because he had an abundance of naturally occurred food here, so it wasn't food stressed, which is often what can drive an animal into a trap situation."

Eventually, the park used a shotgun to euthanize the peacock "far enough" outside of town.

"It was a quick and humane way to dispatch the bird," Argument said.

"It's unfortunate the incident had to end this way."

He's not sure how the peacock got to Jasper but expects it was an accidental or intentional release by someone traveling through the park.