The owners of a general store in the hamlet of Blue Ridge, Alta., are safe after escaping the burning building Saturday night.

“We heard our mom saying like fire and then... and then the phone basically cut off,” recalled Rebecca Lee, the daughter of James and Ann, owners of the Blue Ridge General Store.

Lee told CTV News Edmonton her and her sister Brianna were in “hysterics” after the phone call.

“We basically just tried to call everybody we knew in town to see if they could go check up on our parents.”

Blue Ridge has a population of about 211 people and is located approximately 162 kilometres northwest of Edmonton.

'WHAT WAS ONCE A STORE'

Nikita Ganovicheff, communications coordinator for Woodlands County, said firefighters responded to the blaze at around 8:40 p.m. on Feb. 26.

However, the crew from Blue Ridge stayed until Sunday night to ensure the fire was completely out as heavy equipment removed parts of the store.

“It was just horrifying to look at, you know? What was once a store that we were so familiar with,” Lee said of the store and her parents home being a complete loss. 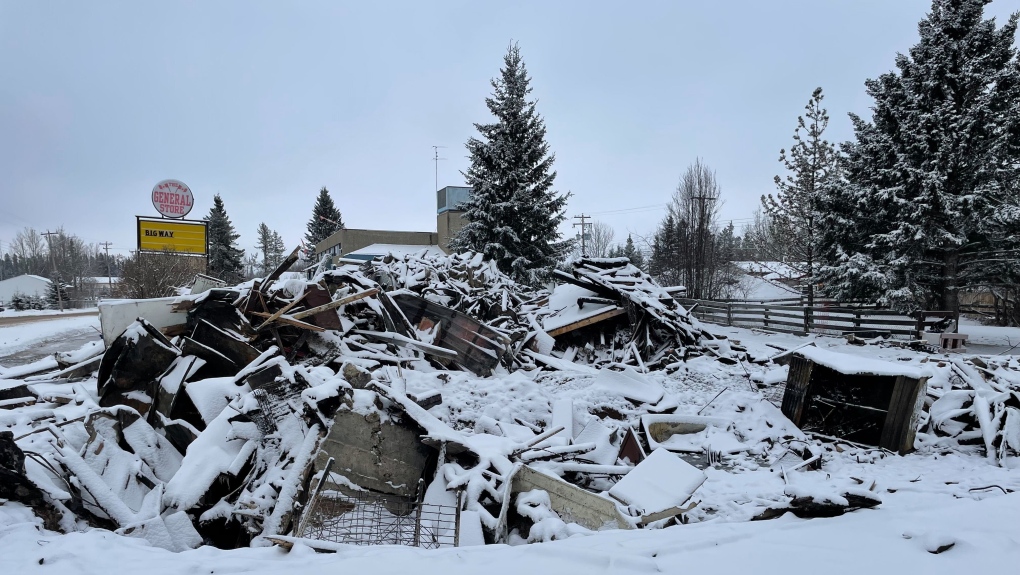 Lee said her parents have been part of the community for years making the store a staple for residents.

“It was where everyone just kind of stopped by and said hello and yeah, it was like a little pit stop for everybody.”

“People around here know them as James and Ann.”

While the loss has been devastating, Lee said the community response has been “immediate.”

The neighbouring Blue Ridge Motel even provided them with a place to stay until they can get back on their feet.

“They’ve opened their rooms for our family,” Lee said.

Even though the family is grateful for the continued support, Lee said the immense loss is still sinking in.

'STOP BY AND REMINISCE'

Jenna Wilson, a librarian, was born and raised in Blue Ridge. She said her first job was at the general store for “many years.”

“We had nights that us kids were allowed to run free in the store, play hide-and-seek, tag, all these things in the store after hours so just so many different memories.”

As a way to preserve some of those memories, Wilson said people have been writing notes in the shape of a heart to the family.

The plan is to laminate each one and hang them on the security fence around the rubble. 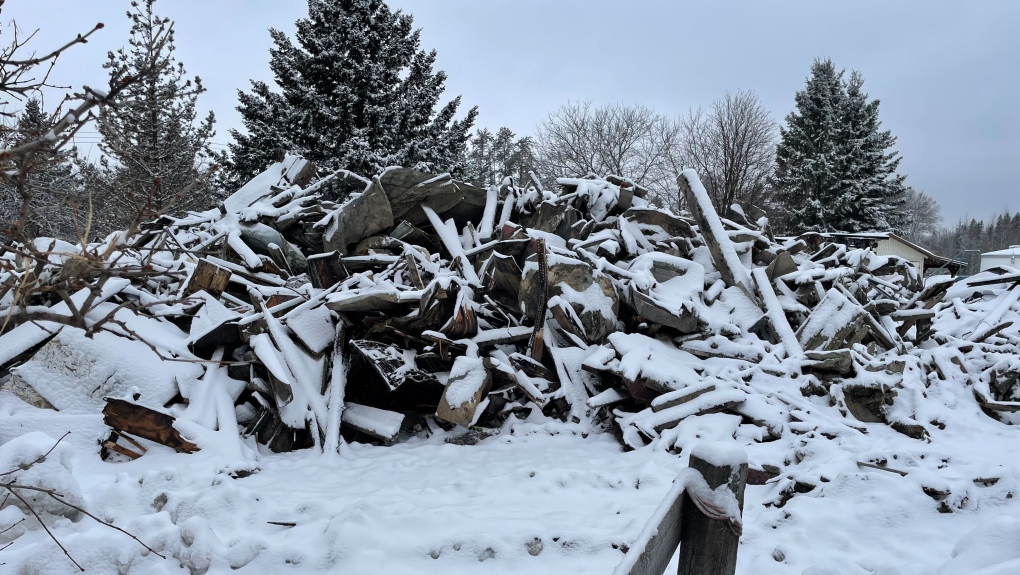 As to whether or not the family will rebuild, Rebecca said they would “love to.”

“Obviously we’ll have to see what the circumstances look like and then go from there.”

A GoFundMe has been launched in support of the family and thousands of dollars have been raised so far.

Ganovicheff said the cause of the fire is still under investigation.