'It was just sandwiched in like an accordion': Vehicle hits two homes in north Edmonton

EDMONTON -- Many residents in the Belle Rive neighbourhood in NW Edmonton heard a loud bang around 7:30 p.m. on Saturday.

“I didn’t think anything of it until I saw everybody running,” said Wendal Pambrun, a resident in the neighbourhood.

“We initially thought it was something inside the house so we checked. We figured that out that it wasn’t in the house,” said another resident Mohamed Hassan.

His dad then went outside to look for the source of the noise.

“I didn’t see the damage, just I look around at the top, I thought something fell from the sky,” said Dahir Hassan.

It turns out the noise was from a vehicle that plowed through the corner of one house and into the wall of another. 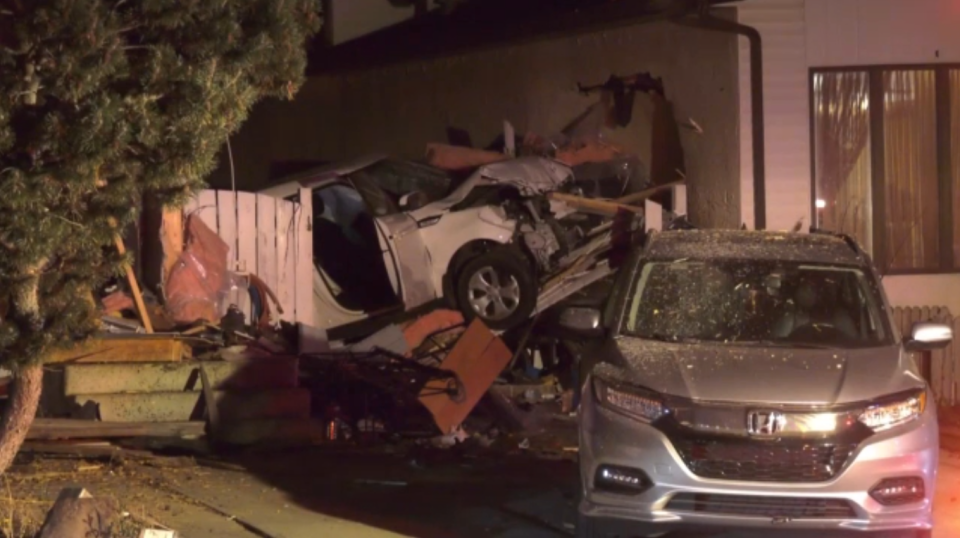 “Just shocked at how that car was able to squeeze into the houses. It was just sandwiched in like an accordion,” said Mohamed.

Police told CTV News on scene Saturday night that no one in either home was hurt. 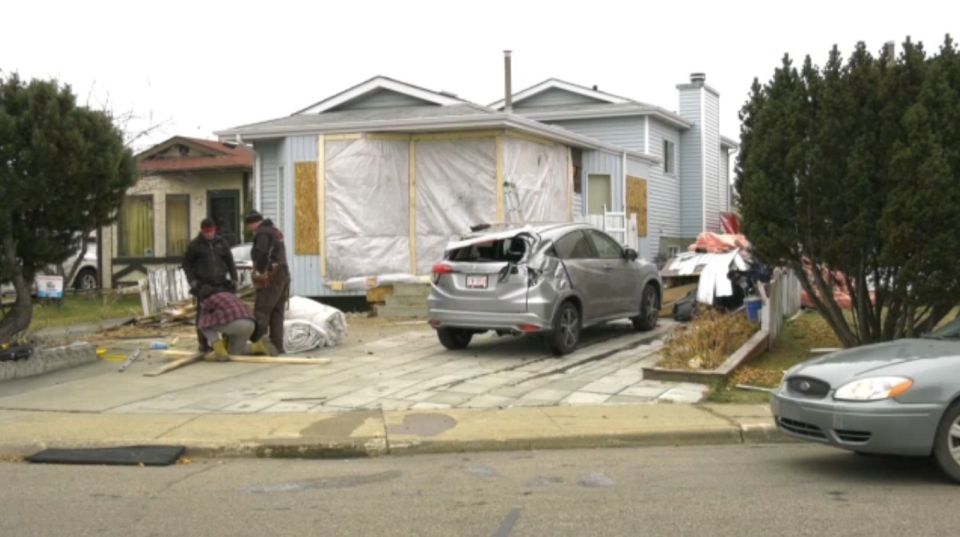 The woman driving the car was taken to hospital.

“We saw when she got out. She was moving so that was good,” said Pambrun.

Police said she didn’t have an apparent injuries.

Debris from the crash was strewn across a large area, including pieces of a fence on neighbouring homes roofs.

Crews were on scene Sunday to secure the homes and deal with clean up.

“They clean the area but it was a mess,” said Dahir.

“I never believe that something would happen like that,” he added.

Police are investigating the cause of the crash.