EDMONTON -- A long-time member of the Royal Canadian Legion was treated to a surprise birthday drive-by on Sunday.

Over an dozen vehicles drove by to wish Lawrence Summers a happy 94th birthday.

“I was planning on a quiet evening… because I still have a few more of these (beers) left, so I’m celebrating a wee bit,” said Summers.

“I don’t have words to explain how I feel, it’s just excitement, surprise, and it was wonderful.”

Among the well-wishers were members of the legion, which Summers has been involved with for around 56 years.

“We all love Lawrence, Lawrence is great and with the loss of our veterans it’s important to support them and show them that we all still care,” said Shauna Seip, a member of the Ladies’ Auxiliary and the Jasper Place 255 Royal Canadian Legion.

“He’s been an integral part of the legion for many, many years… his presence, just his sheer presence is a means of support and inspiration to us.” 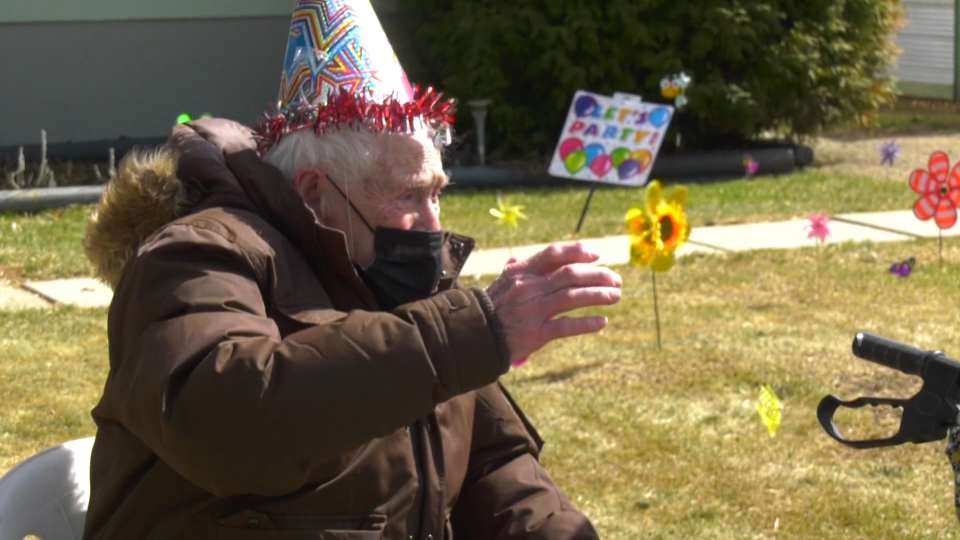 “For seniors who have been isolated and secluded, even in their own homes, just the presence of others and knowing that other people care,” said Seip.

“We haven’t seen each other in months, all of the members here, and to tie it all to Lawrence was a really, really great way to spend a Sunday afternoon.”

Summers planned to spend the rest of his day with a couple of beers while he read through the cards people brought for him.

“Looking at the pile of them there, holy moly, I’m going to spend a long time reading those, I’ll cherish them,” said Summers.