Jack Michaels to call Oilers games on TV this season 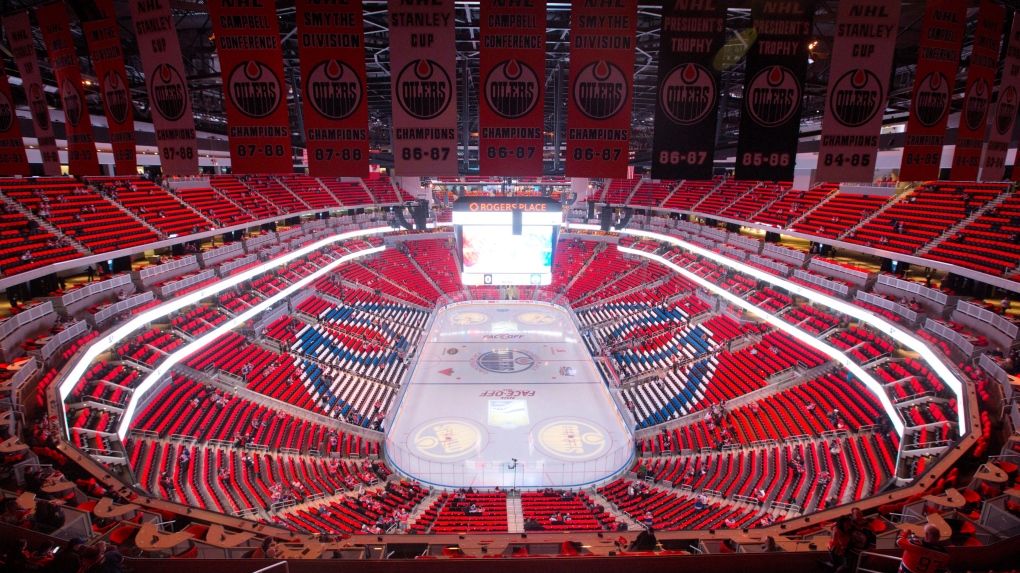 Home of the Edmonton Oilers, Rogers Place, on opening night before the Oilers take on the Calgary Flames in Edmonton, Alta., on Wednesday October 12, 2016. THE CANADIAN PRESS/Jason Franson

EDMONTON -- A pair of Edmonton Oilers broadcasters are crossing into television, as the team announced Monday it is shaking up their television and radio lineups.

Bob Stauffer has also been added as a regular contributor to the intermission panel on TV.

Stauffer has been with the Oilers broadcast radio team since 2008.

For those listening to the games over the radio, Cam Moon is taking over play-by-play duties for the 2020-21 NHL season for regional games alongside Stauffer as lead colour commentator.

The addition of Michaels and Stauffer marks the departure of Kevin Quinn and Drew Remenda.

For the past decade, Michaels has been the Oilers lead radio play-by-play broadcaster, and will remain on radio for all national and playoff games in addition to his TV work.