EDMONTON -- Sport Central has received a big donation thanks to an Edmonton-born NHLer.

Forward for the Boston Bruins, Jake DeBrusk and equipment supplier Bauer have donated more than $25,000 worth of gear, including brand new skates, helmets and sticks.

Sport Central is an Alberta-based charitable organization that provides sports equipment at no cost to kids in need.

“It’s about getting into the game and not restricting kids because they can’t afford it. The goal here is that every kid that wants to play, let's get them on the ice.”

DeBrusk had been a part of that effort three years ago, donating his equipment through Bauer to the local charity.

When DeBrusk was in the shop for a Bauer shoot, Oleksyn asked the pro if he was still doing that, as the organization hadn't received anything in two years.

Upon hearing this, DeBrusk promptly made a call to the supplier.

“We got a call the following Monday morning from Bauer headquarters,” Oleksyn said.

“They said we’re going to donate Jake’s equipment and apparently we have to make up for it. Just send us the list.” 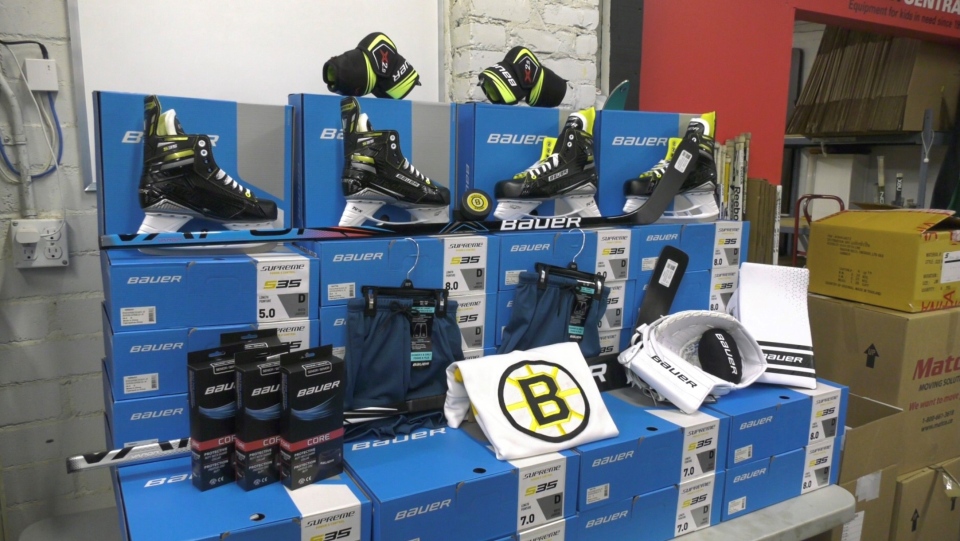 DeBrusk joins Colton Parayko and Nick Holden as local NHLers who have donated equipment to the organization.

“They know that these institutions gave them their start and helped them along and they really want to give back and give other kids the opportunity to do the same thing as them,” Oleksyn said.

“These guys give us equipment because they just want the kids to enjoy and love the game that they love.”

“These kids look at us like we’re pulling their leg,” he said.

“We’re happy because we have equipment that we’re in short supply of. It’s a great launching pad to put way more equipment on more kids.”

Since its inception in 1991, Sport Central has provided more that 145,000 low-income kids with sports equipment.