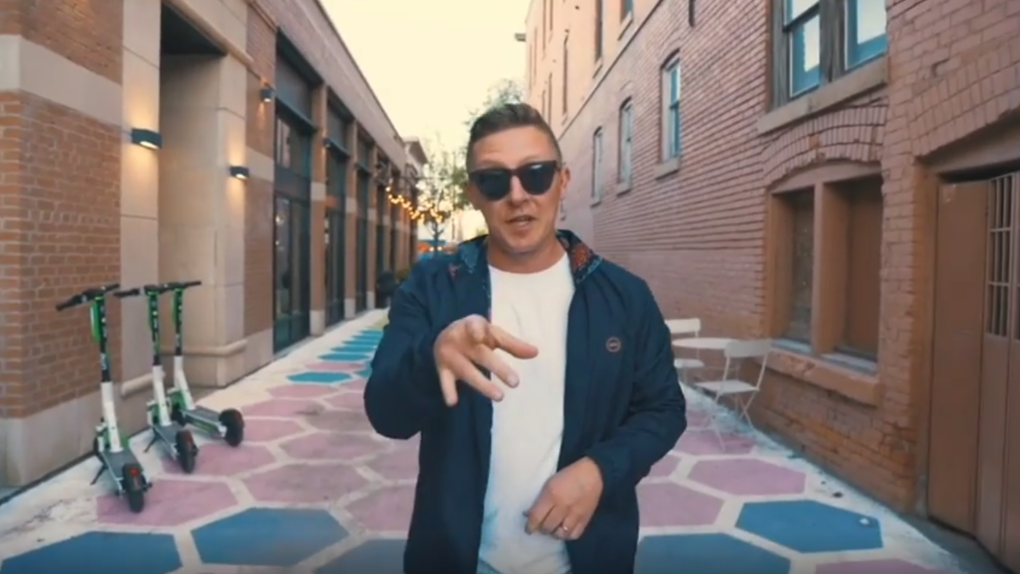 EDMONTON -- Most people know Josh Classen for his weather reports on CTV News Edmonton’s broadcasts, but the meteorologist also brings the heat in the music booth.

Josh has featured in a number of rap songs over the years, including three Halloween tunes.

With Halloween just around the corner, check out Josh’s spittin’ spooky rhymes.

The first of the three, Josh recorded Apocalypse five years ago with Robbie Gibson.

“Special shout out to Nato for letting us record in his studio,” Josh said.

Josh completed a Halloween trilogy with Gonna Get It this year, also with Beckett, RJ Cui and Robbie Gibson.

“Shout out to PlanIt Sound for letting us use the studio to record the last two tracks,” Josh said.

You can also listen to these songs on Apple Music and YouTube.