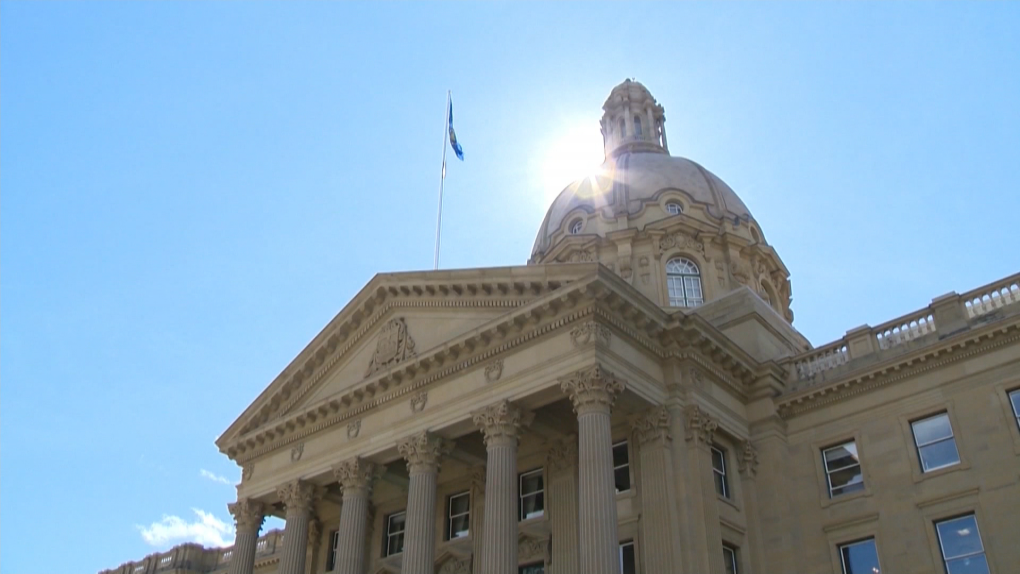 The Government of Alberta tabled new legislation Monday that, if passed, would give constituents the ability to remove and replace their elected officials in between general elections. (File Photo)

EDMONTON -- Alberta is calling about 10,000 public service employees back into the office despite union concerns surrounding the province’s resurgence of active coronavirus cases.

Roughly half of Alberta’s 22,000 public servants were permitted to work from home at some point during the pandemic, according to the union representing workers.

CTV News Edmonton obtained a copy of an email sent to Municipal Affairs employees on July 16.

“It is necessary to accelerate our plan for returning staff to the workplace,” wrote Gary Sandberg, an assistant deputy minister.

“The direction is for the large majority of staff to be in the office on a full-time basis as quickly as possible, and by early August at the latest.”

Sandberg’s email didn’t say why the government decided to bring workers back sooner than originally planned, or what those initial dates were.

A spokesperson for the government declined an interview request, but sent a statement confirming the return-to-work order from the legislature.

“Albertans in the private sector are already returning to work,” wrote Timothy Gerwing with Municipal Affairs.

“As we work towards safely re-opening the economy, the Government of Alberta is working on a staged re-entry back to work for all employees. This is not a municipal affairs-specific plan.”

COVID-19 NUMBERS ON THE RISE

After an initial flattening of the curve from April to June, active COVID-19 cases in Alberta have been on the rise in July, nearly doubling in 10 days.

Alberta remains in Stage 2 of its relaunch, which states that “a business that is not otherwise restricted or ordered to close can have more than 50 people onsite at an indoor location.”

The AUPE said about half of its members have continued to work on the frontlines the entire pandemic. The union wants the government to leave employees who can work from home, at home.

“This push to push people back into their worksites is really opening up for a potential crisis, and we’re going to have outbreaks where we didn’t have them before,” Gostola said.

Gostola pointed out another challenge for workers is a lack of affordable and open childcare spaces, which Sandberg acknowledged would be accommodated in his email.

While Alberta workers have rights to refuse dangerous work, Gostola said that legislation doesn’t seem to apply to pandemic fears.

“We have not seen a lot of success in challenges of refusing dangerous work. Those that have happened have not been successful anywhere across Canada, including Alberta.”

“All necessary precautions are being taken to keep employees safe under the guidance of Alberta’s Chief Medical Officer of Health, Dr. Deena Hinshaw,” Gerwing wrote.

Sandberg asked employees for patience and said an orientation guide with safety protocols would be provided.

“Overall, I simply want to reassure all of you that we are taking every reasonable measure to ensure a safe workspace for your return,” Sandberg’s email said.

Gostola said roughly 20 per cent of AUPE members that were working from home, have already returned, and she expects all employees to be called back in the coming weeks.