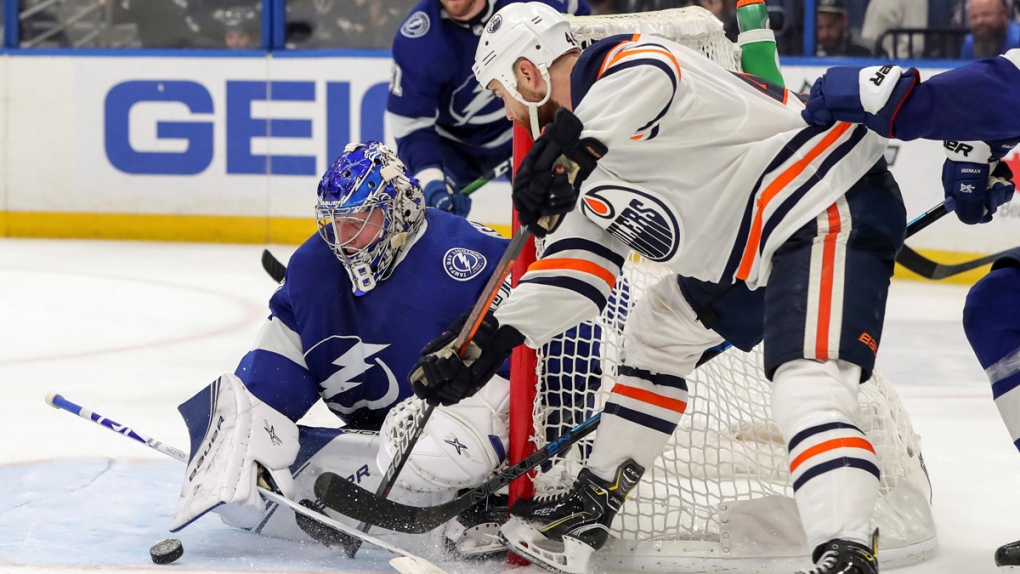 EDMONTON -- Edmonton Oilers forward Zack Kassian has been suspended for seven games by the NHL after kicking a player in the chest.

He was scheduled for a phone hearing with the NHL Department of Player Safety Friday afternoon after kicking Tampa Bay Lightning defenceman Erik Cernak the previous night night.

Kassian got tangled up with Cernak and teammate Josh Archibald on the ice toward the end of the first period of the game, and seemed to kick his opponent in the chest. There was no penalty on the play.

Here is the full video of Zack Kassian kicking Erik Cernak after taking him down to the ice. Exactly one month (1/13/20) after his two game suspension on Tkachuk @NHLPlayerSafety pic.twitter.com/jBR4IRWK85

"I knew right away when he was on the ice he kicked me," Cernak told reporters after Tampa's 3-1 win over Edmonton. "I think he was little bit mad. I asked him what was wrong with him, because that's not a right play to do on the ice.

"He kicked me right in the chest, so luckily that wasn't higher."

Zack Kassian has waived his right to an in-person hearing. A phone hearing will be conducted this afternoon.

Kassian waved his right for an in-person meeting "to expedite the process," TSN's Bob McKenzie reported, but had a phone call with the league at 2 p.m. MST.

McKenzie explained an in-person hearing allows the NHL to suspend Kassian for six or more games.

In-person hearing gives the NHL the option to suspend for six or more games but doesn’t guarantee a suspension of six or more.

The Oilers are tied for second in the Pacific Division, and play the Florida Panthers Saturday.

With files from TSN