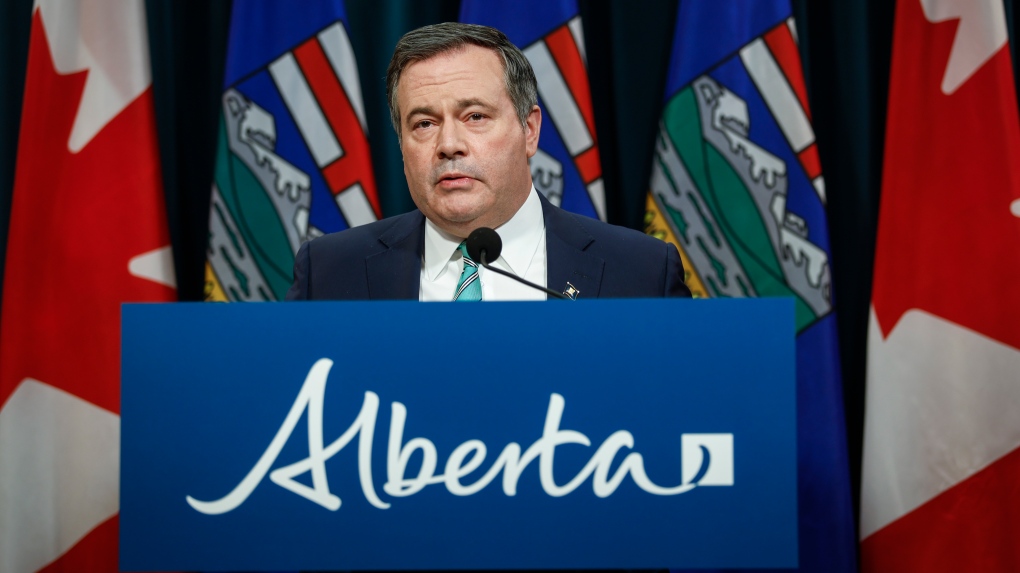 An Edmonton law professor is threatening to sue Alberta's premier over an attack that he considers "a violent call to arms" against him, while several politicians and academics condemn the post.

On Thursday morning, a screengrab of a tweet posted by Ubaka Ogbogu was posted to Jason Kenney's Facebook page.

In his original post, the University of Alberta professor stated he would continue to wear a mask, primarily "to "spite Kenney."

"Sad to see how deranged the left has become," the premier's response said.

"This NDP law professor will wear a mask 'to spite' me. Why is everything always political to these lefties? And why is the NDP angry about getting life back to normal?"

Ogbogu demanded that Kenney delete the post and apologize.

"These attacks are actually quite dangerous and have resulted in vicious racist attacks against me in the past," he said in an interview with CTV News Edmonton.

Previous posts by Kenney's staff members have attracted hateful calls, messages and mail, Ogbogu explained. He said he's had to hide his phone number and email address from the public, and worries he may be attacked physically.

Ogbogu often tweets about politics, and some of his criticism has been directed at the premier and the United Conservative Party government. He said he wouldn't be upset by Kenney returning fire with a policy debate, but not with a personal attack that he insists is untrue. 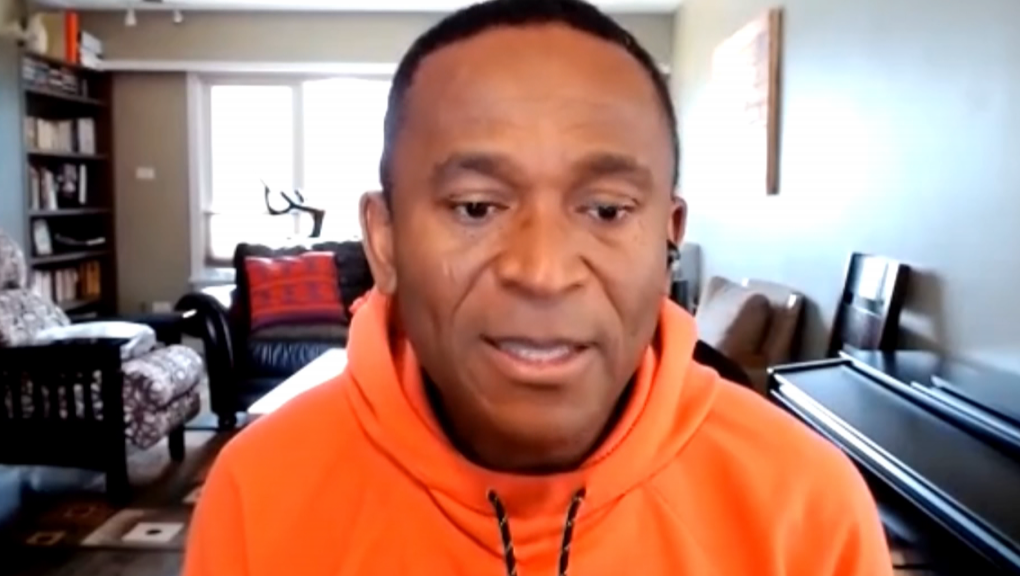 University of Alberta law professor Ubaka Ogbogu in an interview with CTV News Edmonton in July 2021.

"I think it will very easily pass the bar for defamation. He cannot claim that he's telling the truth, because I am not deranged, factually speaking. And I am not, in any way, affiliated with the NDP," Ogbogu said.

CTV News Edmonton reached out to the premier's office multiple times for comment on this story, but no response was received.

Kenney's post was widely criticized online Thursday by politicians and other academics from both Edmonton and Calgary.

"Premier, this is unbecoming, divisive and low. Please act in keeping with the office you hold and stop targeting private citizens regardless of your personal hurt feelings," Coun. Aaron Paquette tweeted.

"As someone who's been through this, I stand with my colleague, 100%, and repeat his request. The premier should delete the post, apologize, and do better. Critique our ideas and our work. Stop sending ad hominem partisan attacks our way," tweeted Melanee Thomas, a political science associate professor at the University of Calgary.

"It is completely unacceptable to attack private citizens. Just this week you spoke about eliminating division. Your Facebook post runs completely counter to your goal. Please delete the post and apologize," Coun. Andrew Knack urged Kenney.

Ogbogu said Kenney's comments were also posted to Twitter but deleted. He alleges that it's clear the premier is "dog whistling" his supporters on Facebook to attack him.

"Imagine being the premier of a province. Having that kind of power to help those around you. And instead using that power to try and rally hate against academics for having opinions you don’t like. Mean, vindictive, and petty," NDP MLA Kathleen Ganley tweeted.

Ogbogu didn't provide a timeline for when his lawsuit could be launched. He said he's still hopeful the premier will delete the post. The professor believes an apology, however, is less likely.