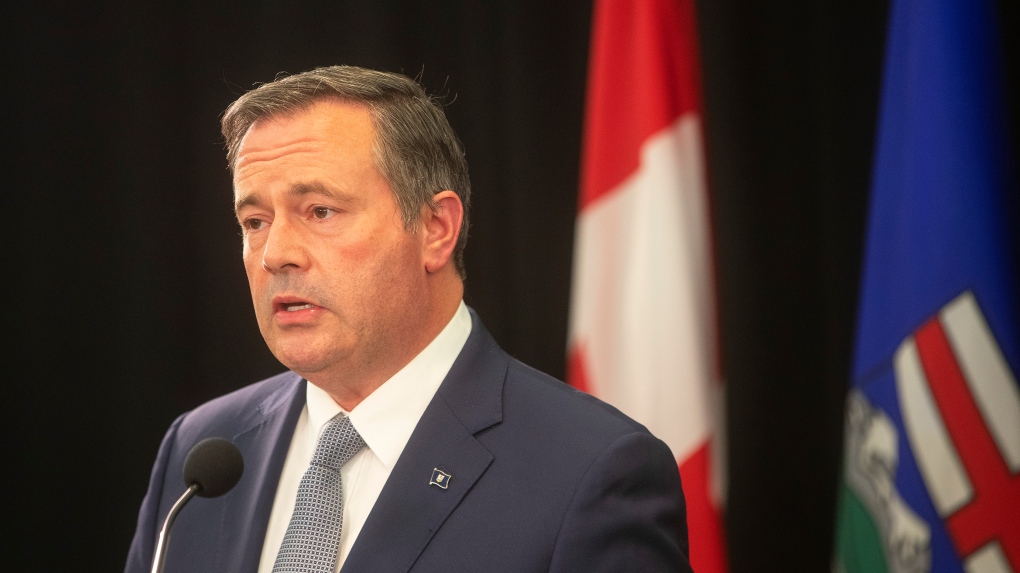 Alberta Premier Jason Kenney is imploring rural leaders to consider the merits of a provincial police force, promising that any added costs - projected to be in the hundreds of millions of dollars - would not be downloaded directly onto municipalities.

“We won't make any changes without careful consultation with municipalities because it affects you so much, and more broadly with Albertans,” Kenney said Friday in a keynote speech to the Rural Municipalities of Alberta fall convention.

“And if we propose any model, any incremental costs would be adopted exclusively by the province and not by municipalities.”

Kenney's United Conservative government is currently deciding next steps following the release of a third-party analysis of a proposal for an Alberta-run provincial police force instead of using the RCMP in rural areas and some smaller cities.

The PricewaterhouseCoopers report, released by the government almost a month ago, says it currently costs Alberta about $500 million a year for the RCMP.

The federal government chips in $170 million under a cost-sharing agreement.

The report says if Alberta decides to go it alone, it would cost about $735 million each year, on top of $366 million in startup costs.

But it says there is potential for more cost-effective law enforcement by using existing human resources and the government's financial services to save money, and by drafting agreements with municipal forces to share specialized police services, including canine units, air support and tactical squads.

The National Police Federation, representing 20,000 RCMP officers across Canada, has said there is no public appetite for such a transition.

This week, the federation released a survey that suggests 26 per cent of Albertans support the idea of replacing the RCMP while 60 per cent do not, with 14 per cent undecided.

The federation said the results echo other surveys on the topic over the past year.

“Albertans couldn't be less interested in this proposal, despite repeated attempts by Premier Kenney and others to make a case for a smaller, prohibitively costly and untested provincial police service,” said federation president Brian Sauve.

A spokesman for Alberta Justice Minister Kaycee Madu questioned the survey, which was conducted before and after the release of the PricewaterhouseCoopers report. It was conducted online and surveyed more than 1,200 Albertans. A margin of error could not be assigned.

“The findings of this poll should be viewed through a critical lens, considering the source is the RCMP's union,” said spokesman Alex Puddifant.

“An unspecified portion of respondents were surveyed before the provincial government released hundreds of pages of independent research that lay out a vision for an Alberta provincial police service that's cost-effective, responsive to the needs of Albertans and could better address the root causes of crime in our communities.”

The Opposition NDP has dismissed the proposal as unwanted and unnecessary and has promised to scrap it should it win government in the spring 2023 election.

“He glossed over the crisis in health care faced by rural communities, where Albertans are losing their family doctor, and instead went on a prolonged and tiresome sales pitch around upending the RCMP,” said Sweet.

“Our party is going to keep listening to rural leaders, instead of talking down to them.”

The provincial police proposal springs from the final report from Kenney's “fair deal” panel. It was delivered in June 2020 after consultations with Albertans on how the province fares in relation to the rest of the country.

A survey done for that report suggested that two-thirds of Albertans do not wish to abandon the RCMP.

This report by The Canadian Press was first published Nov. 26, 2021.

Tensions soared Monday between Russia and the West, with NATO outlining a series of potential troop and ship deployments and Ireland warning that upcoming Russian war games off its coast would not be welcome while concerns abound that Moscow is planning to invade Ukraine.

A Calgary man who admitted to murdering his former girlfriend but denied killing her daughter is scheduled to receive a verdict in the case today.

At a rally against vaccine mandates in Washington, DC, on Sunday, Robert F. Kennedy Jr. likened vaccine policies in the U.S. to the actions of a totalitarian state, even suggesting Anne Frank was in a better situation when she was hiding from the Nazis.

A Florida man is set to appear in U.S. court today, charged with sneaking migrants across the Canada-U.S. border in a perilous human-smuggling scheme that cost the lives of four people, including an infant.

The senior military officer once tasked with overseeing Canada's COVID-19 vaccination drive will be in a Quebec courtroom today to face allegations of sexual misconduct.