CTV News declared Keren Tang as the winner in Karhiio after 72.7 per cent of the polls reported.

As of publication, Tang led the ward with 39.7 per cent of the vote.

Tom Shaw was in second with 30.2 per cent, followed by Shamair Turner who garnered 12.3 per cent.

Of the remaining candidates, the order was Charan Saggu, Sana Kakar, and Muhammad Herman Gill. None of them had received more than nine per cent of the vote.

In an interview with CTV News Edmonton, Tang said she was proud to be Edmonton’s first woman of colour elected to city council. 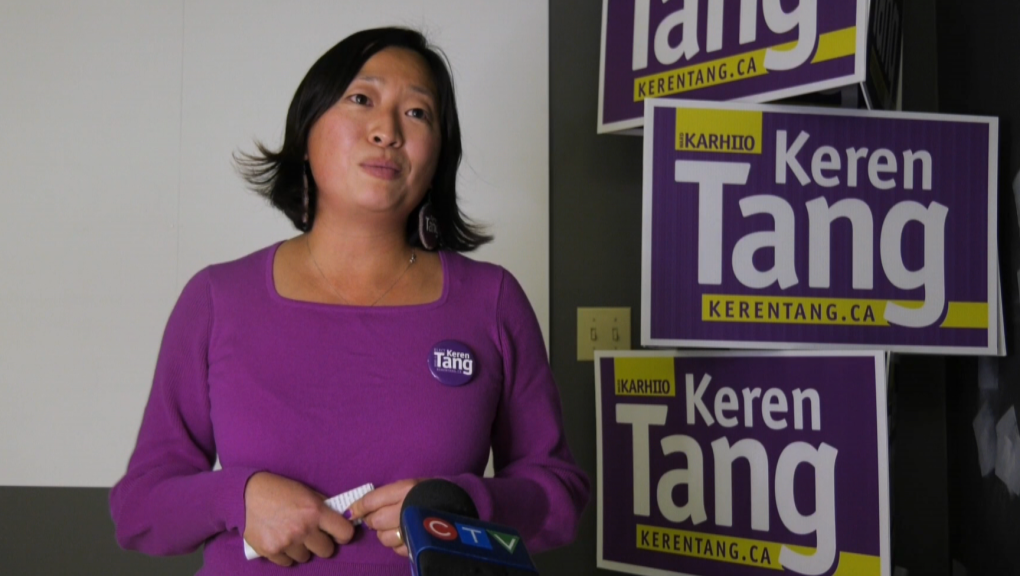 “It is incredibly exciting,” she said. “It sends a strong message that Edmonton is ready, that we are ready for a diverse council to make meaningful decisions.”

This was her second time running in the ward. Tang added that she is ready to ensure that Karhiio is not left behind while promoting a strong business environment, vibrant neighbourhoods, and addressing climate change.