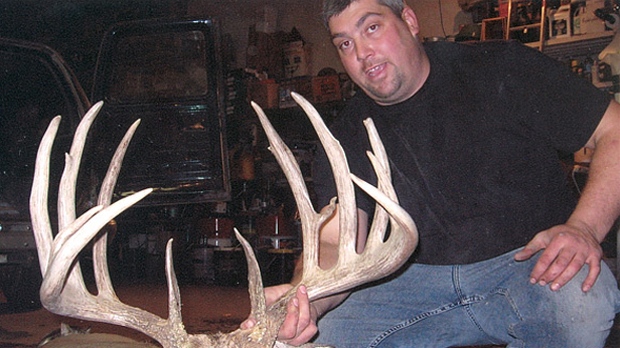 Jason Klaus took to the stand Wednesday morning to finish his testimony during what has been a lengthy murder trial.

He is co-accused of killing his mother, father and sister on their family farm in December, 2013.

Joshua Frank is the other man accused of three counts of first degree murder and one count of arson in the deaths of Monica, Gordon and Sandra Klaus.

Klaus testified his recollection of being involved in a criminal organization, an undercover police operation known as Mr. Big.

“These guys were actual gangsters,” he said. “I thought it was exciting, the money was good and they were treating me really good.”

Klaus told court that the organization was one that collected debt from people across the province, usually in the range of $10,000.

He recalled a time when undercover officers told him a story about a missing person case that had been “taken care of.” Klaus felt he could move up in the organization by admitting his involvement in the murders of his family – a reveal that was recorded by the officers in the undercover sting.

Klaus said he left the organization after he thought they were police, but eventually returned when they told him otherwise.

The operation lasted for four months before he was arrested.

During his testimony, Klaus said he lied to the undercover officers about his involvement because he thought they could offer him protection if he said he was involved.

Klaus said in court he had nothing to do with the triple murder, and that it was all Frank’s fault.

Frank’s lawyer, Tonii Roulston, cross-examined Klaus after his testimony. The crown is expected to do the same this week.

Frank, who has been present during the trial, could be seen shaking his head at things Klaus said during his testimony.

Frank will also be put on the stand to testify, before being cross-examined.