Knitting the curve: U of A library staff making scarves to represent COVID-19 case numbers

EDMONTON -- A group of University of Alberta library staff members has found a unique way to document Canada’s COVID-19 curve.

For the past six months they’ve been knitting, or crocheting, scarves that represent the provincial coronavirus case numbers. 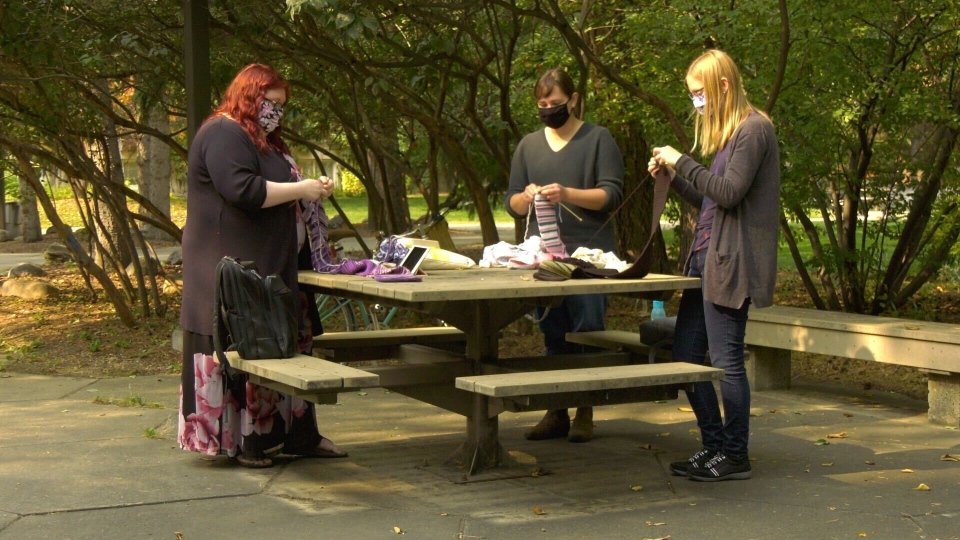 Each of the 11 members of the group has been assigned his or her own province and one has taken on all three territories.

One row of yarn in the scarves equals one day of the pandemic.

In other words, the fewer total cases a province has, the darker its scarf will be. 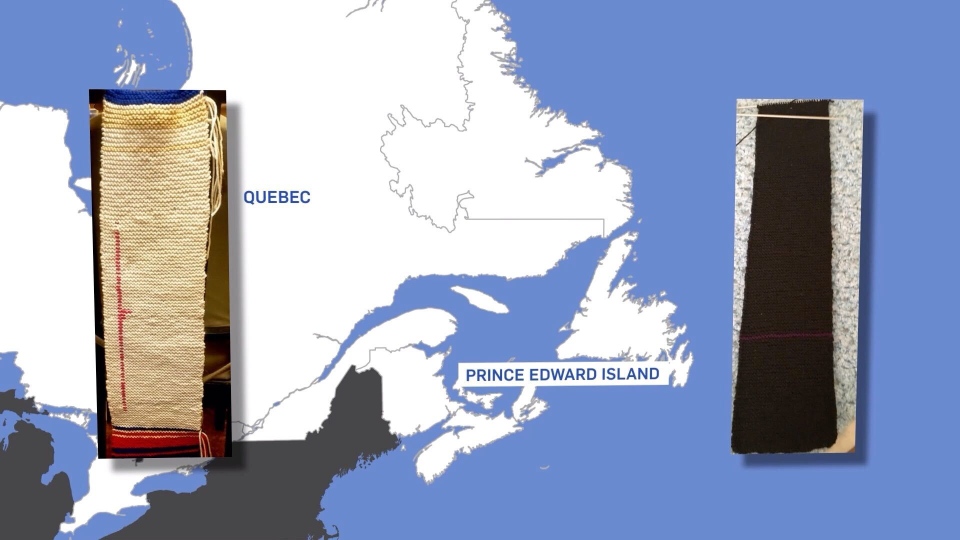 Using a colour-coded spreadsheet that shows each province’s daily case numbers, the knitters can easily determine which of their four colours should be used for any given day/row.

“The idea that I can kind of like make something material out of that information and out of those numbers is something I’ve come to find very meaningful,” said Hailey Siracky, who’s knitting Alberta’s scarf.

“It’s been a way for me to actually engage with the data in a different way, in a more kind of intensive way than I otherwise would,” Kara Blizzard said while taking a break from crocheting a scarf representing Prince Edward Island’s numbers.

Once the scarves, and pandemic, are all said and done, the plan is to stich them all together to create a blanket.

“What will be neat about the blanket,” said Pearce, “is that it will actually capture the entirety of Canada’s COVID experience.”

If all goes to plan, that blanket will be handed off to the Royal Alberta Museum to serve as a data-driven snapshot of Canada during the COVID-19 pandemic.

As for when or how the project will finish is still anyone’s guess.

“Now that this is bigger and a much more meaningful project than we originally thought it would be,” said Pearce. “Let’s continue for now and let’s see when we might find a good concluding point.”