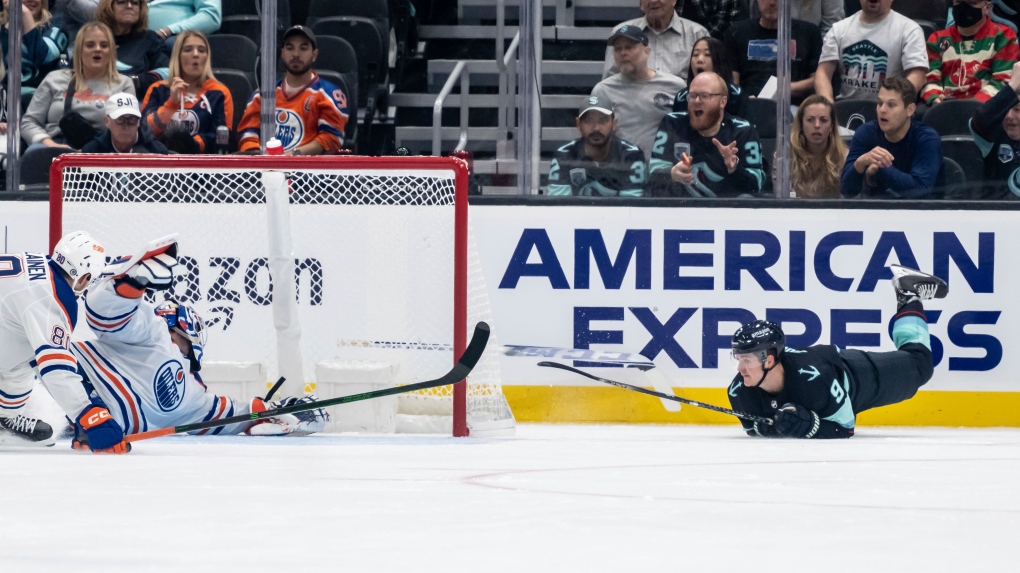 Fans of the Seattle Kraken got a preview Monday night of Matty Beniers' progress as the team's first pick in the 2021 NHL draft scored the opening goal in a 3-0 pre-season victory over the Edmonton Oilers.

Ryan Donato and Morgan Geekie also scored for Seattle, who were outshot 29-27 in its pre-season debut, but received superb netminding from starter Martin Jones and Joey Daccord in relief.

Beniers had three goals and six assists in 10 NHL games last season. He had played college hockey in Michigan.

Netminder Olivier Rodrigue played the first half of the game for Edmonton and was replaced by Ryan Fanti.

Seattle will host the Calgary Flames on Tuesday and play the Canucks in Vancouver on Thursday. The Oilers will play the Flames on Wednesday and Friday.