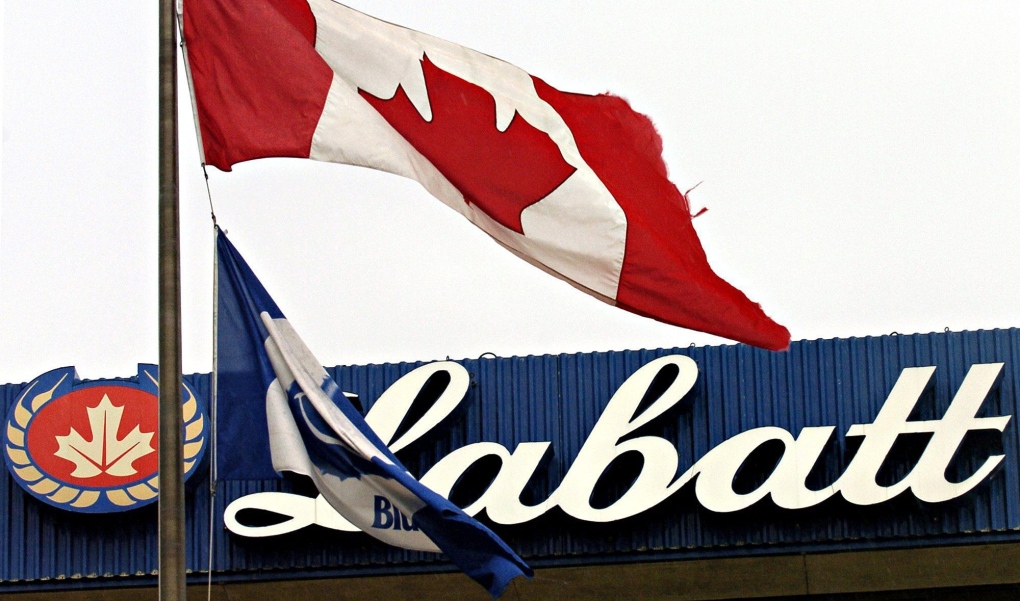 EDMONTON -- Labatt Breweries of Canada has shifted its production from beer to hand sanitizer.

The company made the decision to shift production at its Edmonton, London, Ont., Montreal, Que., Vancouver, B.C., and Toronto, Ont. breweries to hand sanitizer because of the COVID-19 crisis.

The result will be 50,000 bottles of hand sanitizer which the company will donate to Food Banks Canada, front line workers, and partners in the restaurant and bar industry, who are serving take-out meals.

"This is a national crisis like we haven't seen in our lifetimes and we feel an obligation to do everything we can to help through our Disaster Relief Program,” said Charlie Angelakos, Vice President, Legal and Corporate Affairs, Labatt Breweries of Canada in a written release. “Our goal is to get this much needed sanitizer into the hands of those who need it most, especially individuals on the front lines serving their communities as we all pull together."

“It’s times like these when organizations like ours need more support than ever – to assist the devoted food bankers on the ground helping those vulnerable people in our communities. We’re so grateful that Labatt is providing us with much-needed hand sanitizer,” said Chris Hatch, CEO, Food Banks Canada. “It’s great to see a Canadian company step up and do their part in helping the community and I’m sure Labatt’s efforts will have a major impact during this difficult time.”

The move is part of Labatt’s Canadian Disaster Relief Program, which the company developed in 2012. This is the 12th time the company has used the program since its inception, and the first time it has been used for non-water production.

It has previously been used to provide clean drinking water to residents and first-responders to communities in need in Canada, like Fort McMurray wildfire victims in 2016 and flooding in New Brunswick in 2018.