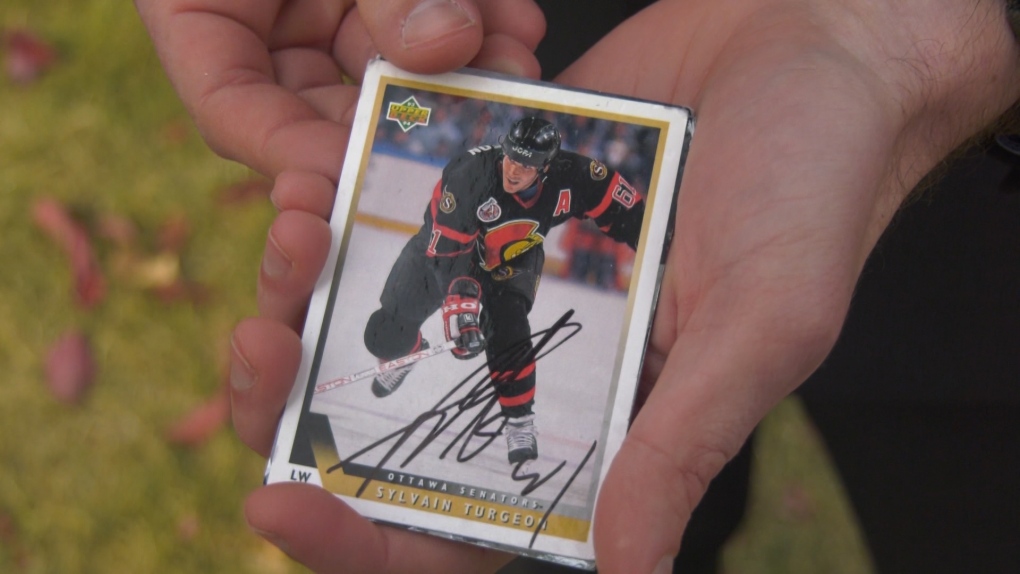 Police are looking for the owner of approximately 90 autographed hockey cards that were found in southeast Edmonton.

The cards were found scattered across Jackson Road in the Mill Woods area on Oct. 2.

Police say a number of them are signed with what looks to be the same marker but the authenticity of those signatures can’t be confirmed just yet.

“When something gets turned into the front counter, we try to find the owner regardless of the value,” said Recruit Const. Braden Friesen.

Some cards in the collection date back to the 80s, while others are from 2014.

The cards can be claimed at the Edmonton Police Service Southeast Division if proof of ownership is provided.

“If someone were to come forward and have pictures of them with the cards,” said Friesen. “Or if they have other cards in that collection that would match.”