Strathcona County Emergency Services responded to reports of a fire at the strip mall at 12:31 a.m. Saturday.

Several businesses along the north side of the strip mall have been destroyed, Strathcona fire said in a statement.

Officials say the Shoppers Drug Mart next to the strip mall has some smoke and water damage and will be closed to the public Saturday.

RCMP told CTV News Edmonton that around 10 a.m. Saturday they made an arrest in relation to the fire.

On Sunday, RCMP said 32-year-old Matthew Benjamin Flanagan of no fixed address was charged with intentionally or recklessly causing damage by fire and mischief over $5,000.

Following a bail hearing, Flanagan remained in police custody. He is scheduled to appear in Sherwood Park provincial court on Wednesday. 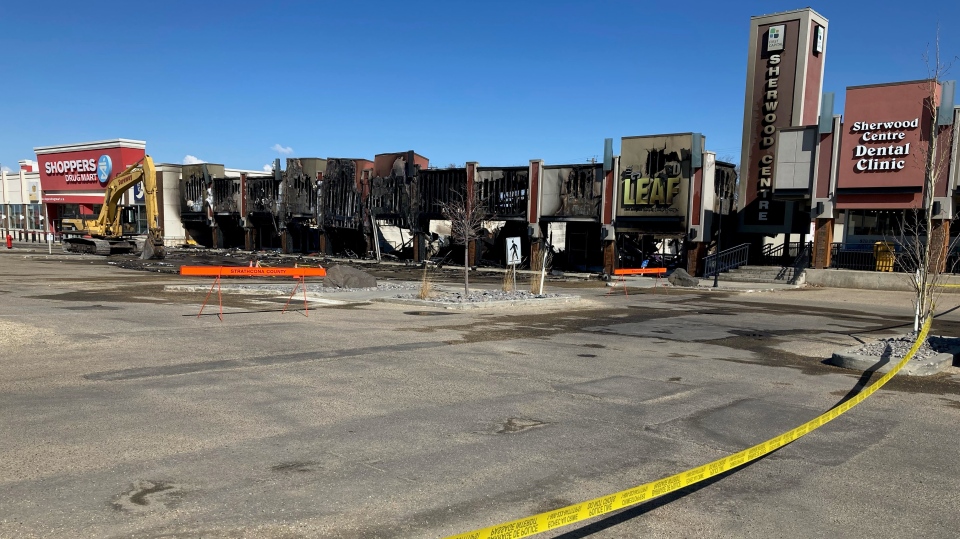 The fire was put under control at 6:13 a.m. and crews continued to put out hot spots at 8 a.m.

Anyone who booked a COVID-19 vaccine appointment at the Shoppers will be contacted to reschedule their appointment, Strathcona County Emergency Services said. 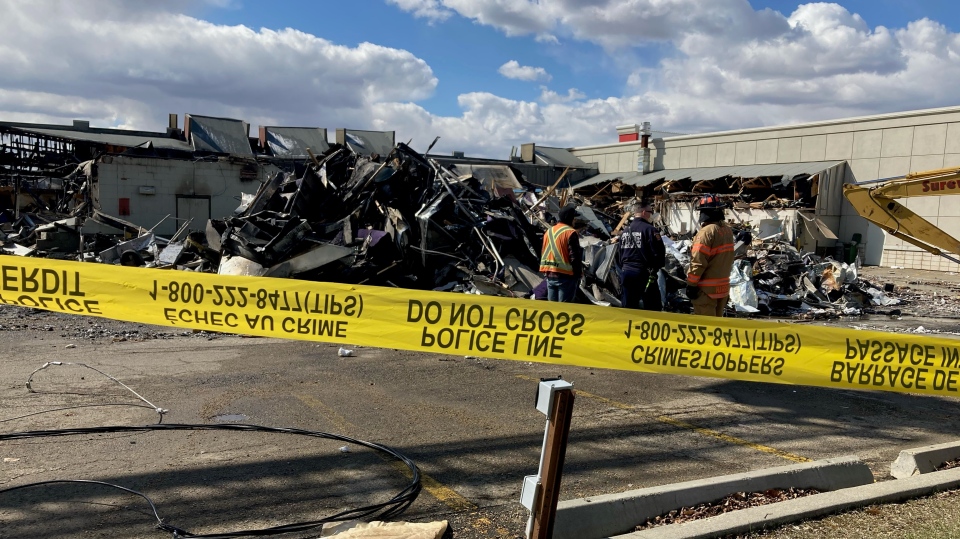