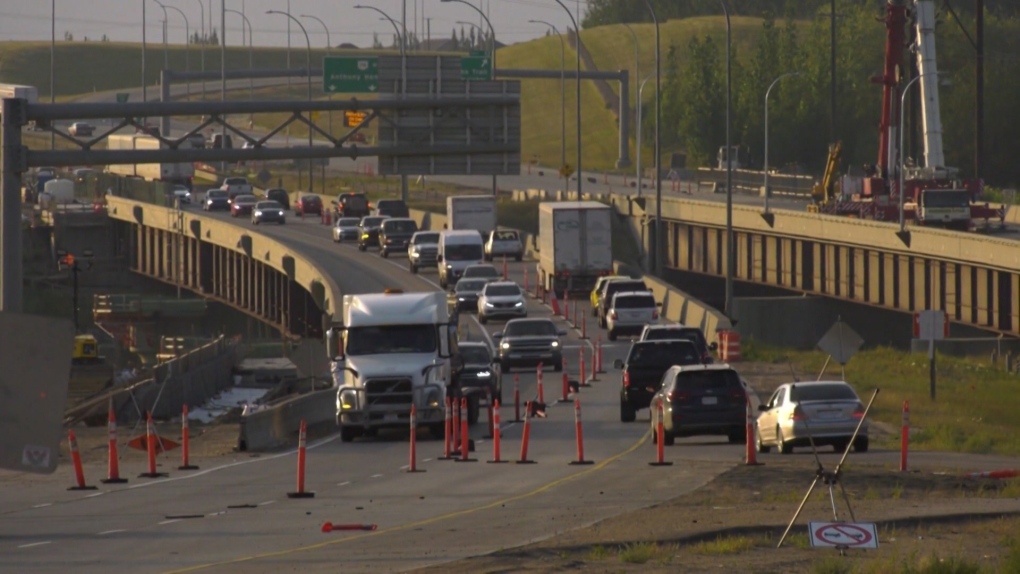 Traffic is limited to one lane in each direction on the Anthony Henday Drive in southwest Edmonton on Sept. 8, 2022 (CTV News Edmonton).

The widening of the southwest segment of Anthony Henday Drive is moving into the next phase.

The girders for the westbound bridge over the North Saskatchewan are complete, and crews are ready to start preparing for work on the eastbound bridge.

Oversize and overweight loads will not be allowed at any time during the work.

Speed limit will be reduced to 60 kilometres per hour at the bridge.

Drivers are encouraged to use Whitemud Drive as an alternate route.

Earlier this month, CTV News Edmonton reported that construction on the bridge had been delayed by a year.

A small plane carrying two people got stuck in live power lines Sunday evening in Maryland, causing widespread power outages in the surrounding county as officials worked to extricate the aircraft and its occupants.

Riots in Belgium, Netherlands after Morocco win at World Cup

Riots broke out in several Belgian and Dutch cities after Morocco’s 2-0 upset win over Belgium at the World Cup Sunday.

Matt Hancock, the U.K's scandal-prone former health secretary, is seeking an unlikely form of redemption Sunday: attempting to win 'I'm a Celebrity... Get Me Out of Here!' -- a gruelling, often gruesome reality show set in the Australian jungle.