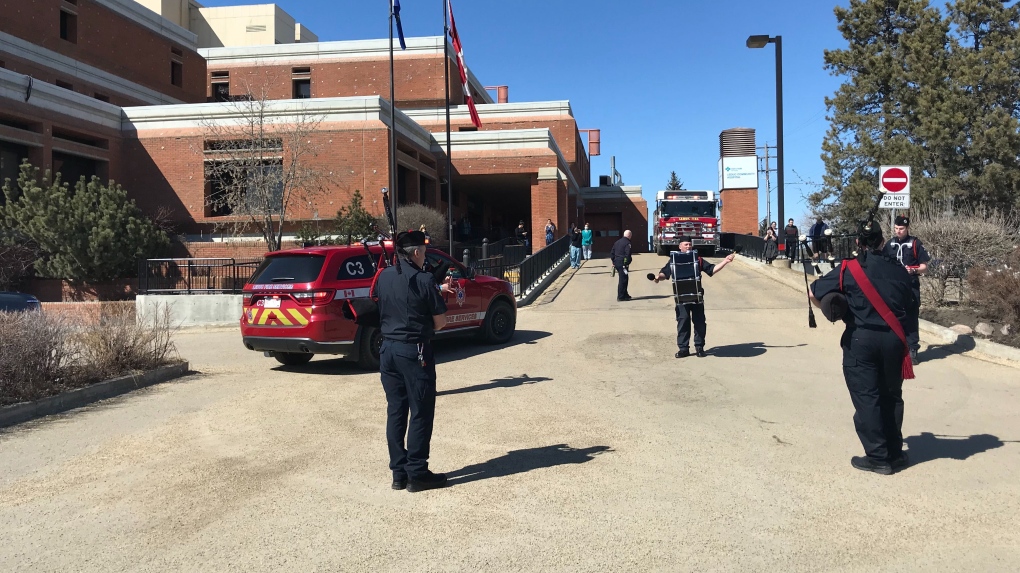 The Leduc Fire Services Pipes and Drums band performed in front of the community hospital on April 18, 2020.

EDMONTON -- The Leduc Fire Services Pipes and Drums band took its performance to the streets on Saturday to entertain essential service workers in the community.

The band played at several grocery stores in the early afternoon before a finale in front of the Leduc Community Hospital.

“We’re just getting together, the pipes and drums, and playing a few tunes out of respect for the people that are working hard for us and helping out the community.”

The pipes and drums were accompanied by local RCMP.

Staff watched the performance from the hospital parking lot.