Legionnaires' death toll rises to 11 in Quebec, total of 169 cases 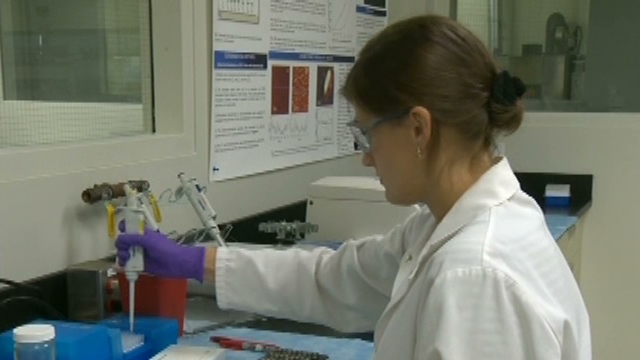 Quebec health officials are trying to contain a deadly outbreak of legionnaires' disease.

Legionnaires’ disease has claimed another life in Quebec, bringing the total number of deaths linked to the latest outbreak of the infection-causing bacteria to 11.

Since the outbreak began in mid-July, public health officials have confirmed 169 cases of legionnaires’, four of which were detected on Sunday.

However, officials believe the outbreak is now under control.

The most recent cases are thought to have developed over the last 10 to 15 days and the symptoms are only now surfacing.

The potentially deadly legionella bacteria grow in stagnant water and are often spread through infected droplets in air conditioning systems, swimming pools and other commercial or domestic water systems.

While not everyone who breathes in the infected droplets will become sick, some who do can develop severe pneumonia.

In Quebec, health authorities have narrowed in on the cooling systems of two building towers as potential sources of contamination, but tests to confirm the source could take weeks to complete.

Meanwhile, the systems in more than 100 buildings in the city have been disinfected as a precaution.

A news released issued by Quebec’s public health department on Sunday states the agency should be able to confirm the source of the bacteria by mid-September.

Meanwhile, health authorities in Chicago confirmed this weekend that a legionnaires’ outbreak was behind three recent deaths there.

The source of the bacteria was traced to a hotel water fountain.