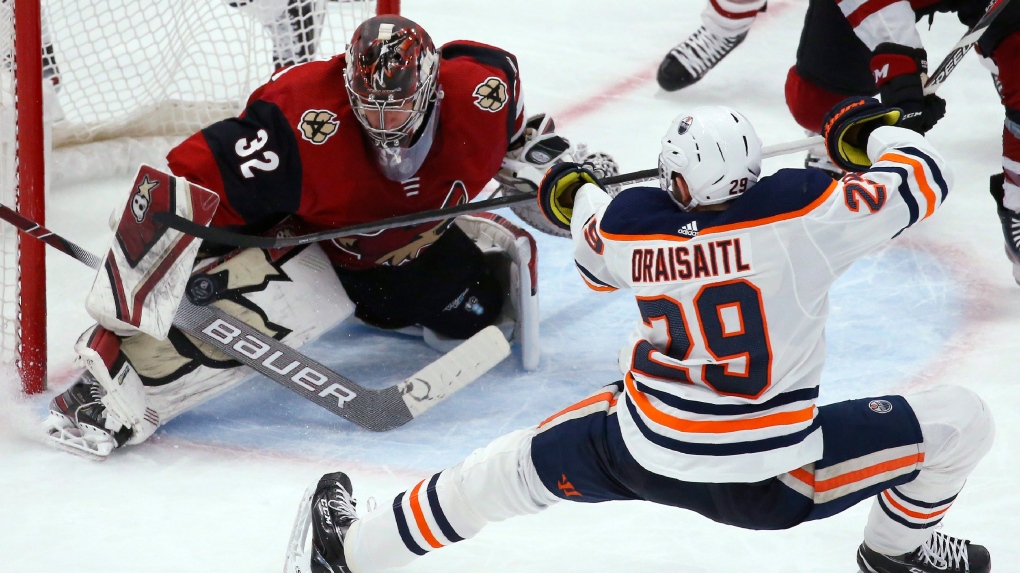 EDMONTON -- Edmonton Oilers forward Leon Draisaitl is the NHL's 2019-20 most valuable and most outstanding player.

He was presented each award by Oilers legends Wayne Gretzky and Mark Messier.

Who better to present the Hart Trophy to Leon Draisaitl than the Great One, @WayneGretzky! #NHLAwards pic.twitter.com/rHJNSzD6y2

The Hart Memorial Trophy is awarded to the player judged to be the most valuable to his team by media members, while the Ted Lindsay Award goes to the league's most outstanding player as voted by fellow players.

"It's just very special to get that recognition by your peers and by the guys that you play against all year, battle against," Draisaitl told Messier about the Ted Lindsay.

In his presentation, Gretzky told Draisaitl: "You gotta feel pretty happy about winning this award because it's so prestigious with Connor winning it once, with Mark Messier winning it, with myself winning it. It really is the great trophy."

"It's a huge honour to me," Draisaitl said, before he thanked his family and friends, the Oilers and the city of Edmonton.

Draisaitl is the first German-born player to win the Hart Trophy and Ted Lindsay.