Lesser Slave Lake MLA 'relieved' to be out of UCP caucus 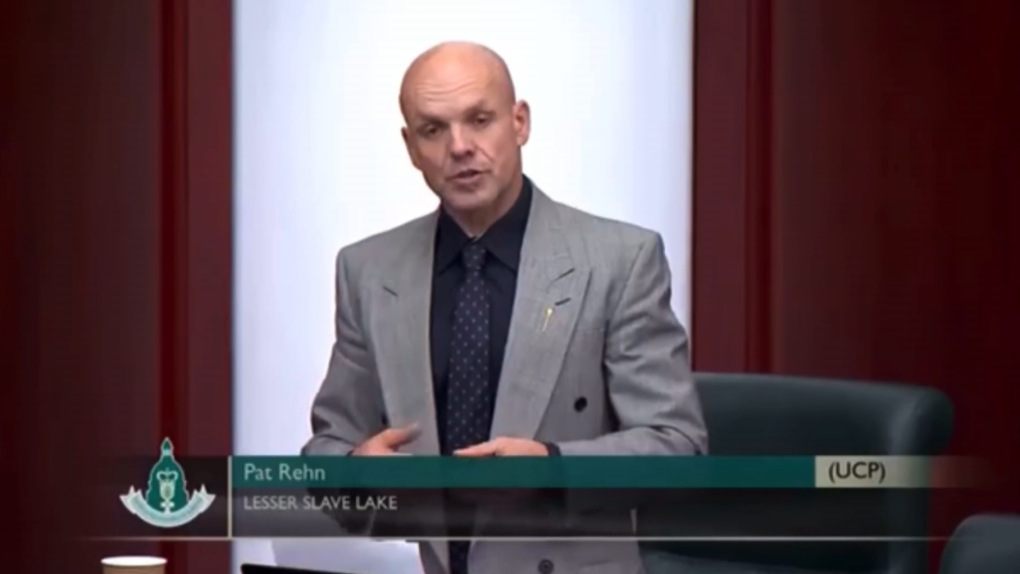 MLA Pat Rehn says he is looking forward to serving as an independent after being removed from the UCP caucus.

EDMONTON -- Lesser Slave Lake MLA Pat Rehn says he is relieved that he is no longer a member of the United Conservative Party caucus.

In a post on Facebook, Rehn expressed his commitment to his constituency and his disappointment with his ousting.

Rehn came under fire for vacationing in Mexico over the holidays, despite government health advice to avoid non-essential travel.

Slave Lake town council has called for his resignation, saying he doesn't represent the region and does not show up for meetings.

Rehn's expenses indicate he spent extensive time in Edmonton and away from his constituency.

The first-time MLA says he is looking forward to serving as an independent and voice his opposition to some UCP policies.

"There are still some large projects in the works I'm proud to be a part of, and I am optimistic this region will see great growth as we move forward, put 2020 behind us, and start fresh in 2021," Rehn wrote.

Slave Lake Mayor Tyler Warman says he still has not heard from Rehn.

"The people you represent have lost confidence in what you are doing, the elected leaders have spoken very vocally about their lack of support for you, and now the people you work with and your own party have said, hey, this isn't working," Warman said. "A message has been sent."

The executive committee of the Alberta Urban Municipalities Association is also urging Rehn to step down.

“It is imperative for MLAs to be engaged with the cities, towns, villages, summer villages and counties they represent,” it said in a statement Friday.

“It is therefore particularly regrettable that Slave Lake, High Prairie, and other municipal councils from the provincial constituency of Lesser Slave Lake had to take the unprecedented step of publicly reporting their struggles with building a productive relationship with MLA Pat Rehn.”

Kenney said during a Facebook question-and-answer session earlier this month that his government would move to pass recall legislation in the upcoming sitting of the legislature.