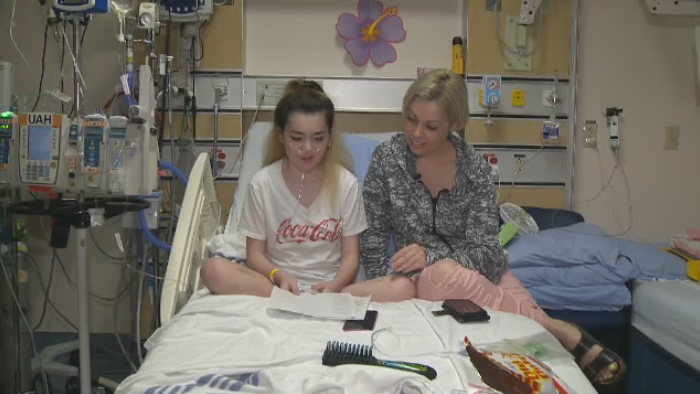 Jelena Grover has received dozens of letters of support while she awaits double lung transplant at the Stollery Children's Hospital.

A Regina teen waiting for a double lung transplant at the Stollery Children’s Hospital is receiving support from all over North America.

Tammy Grover posted a plea on Facebook in an attempt to cheer up her daughter, 16-year-old Jelena Grover.

“I’m asking people to send Jelena get well cards or cards of encouragement to get her through this hard time,” Tammy wrote on Facebook on June 3.

“We think it would help Jelena stay positive while waiting until lungs come available.”

Jelena has cystic fibrosis. She was put on the transplant list in January, and two months later, she had to leave Regina after her illness worsened.

“It’s probably one of the hardest experiences I’ve been through in my life,” Jelena told CTV News. “It’s just really hard – waiting.”

She’s at the top of the transplant list, and while she waits, others are encouraging her to stay strong.

“Hello, Jelena, sending you strength and warm thoughts right now,” one of the cards reads. She has received dozens of letters in the mail, including one from an actor in the TV show “Riverdale.”

“Made me feel like lots of people care about me,” Jelena said.

If you want to write to Jelena, send cards to: