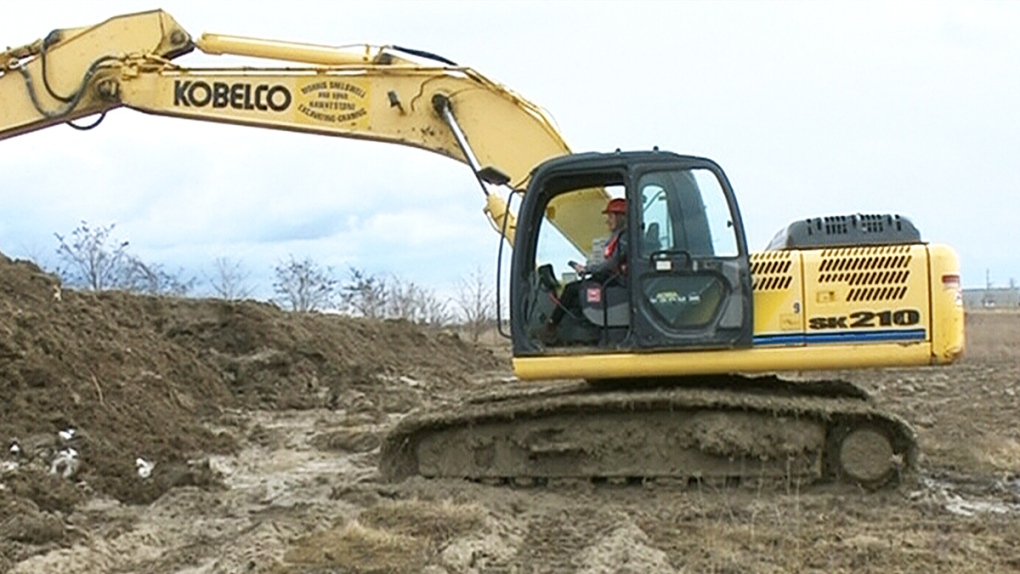 EDMONTON -- TELUS is apologizing to St. Albert homeowners who had liens placed on their properties by an excavating company hired to help build a fibre-optic internet line in the area.

But this week some homeowners received letters from Ledcor advising them that Copperline filed builder's liens against their properties.

TELUS has since released a statement saying the liens were issued "without reasonable grounds" and it was working to clear the liens as soon as possible.

"We are very sorry to those that have been affected and for any inconvenience this has caused, and are committed to ensuring this is fully resolved," said a TELUS spokesman. "Starting tonight, residents can expect to see our team in the community, going door to door to answer questions and ensure they remain informed."

A Ledcor spokesman told CTV News Edmonton that disputes can arise with vendors during telecommunication installs.

"Normally we work it out between the two companies, but in this case Copperline has taken a different approach," said David Hoff. "We don't believe it's been done before, so it's new to us."

In a statement to CTV News Edmonton, Copperline said the liens were filed against the utility right of way interest of the City of St. Albert, as opposed to filing them on the ownership interests of affected homes.

"This matter arose due to non-payment of funds which we allege are owing to us by LTS Infrastructure Services Limited Partnership (Ledcor), and we are simply relying upon the rights and remedies available to us under Alberta law," Copperline President and CEO Jamie Black said in an emailed statement Wednesday.

Hours later, Black followed up to say the company had resolved its issue with Ledcor and that the liens would be discharged in due time.

TELUS later confirmed that the process for reversing the liens would be initiated Thursday morning.

The letters caused quite a stir in a St. Albert community Facebook group.

Many homeowners voiced their confusion about how liens could be filed against their properties when they didn't hire the subtrade performing the excavating work.

One homeowner who contacted CTV News said he received notice of a lien against his property in the amount of $103,633.73 despite not being a TELUS customer.

"It appears to me that now there is a dispute between Ledcor and Copperline and we the proprety owners are being held hostage until this gets cleared up," he said.

"The City is not a party to the dispute, which must work its way through the courts," it said, referring residents to a TELUS representative who could answer further questions.

A lien on title, usually filed by builders who haven't been paid for their work, can prevent homeowners from selling their properties until the lien is discharged.

A copy of the letter sent to homeowners by Ledcor is shown below: 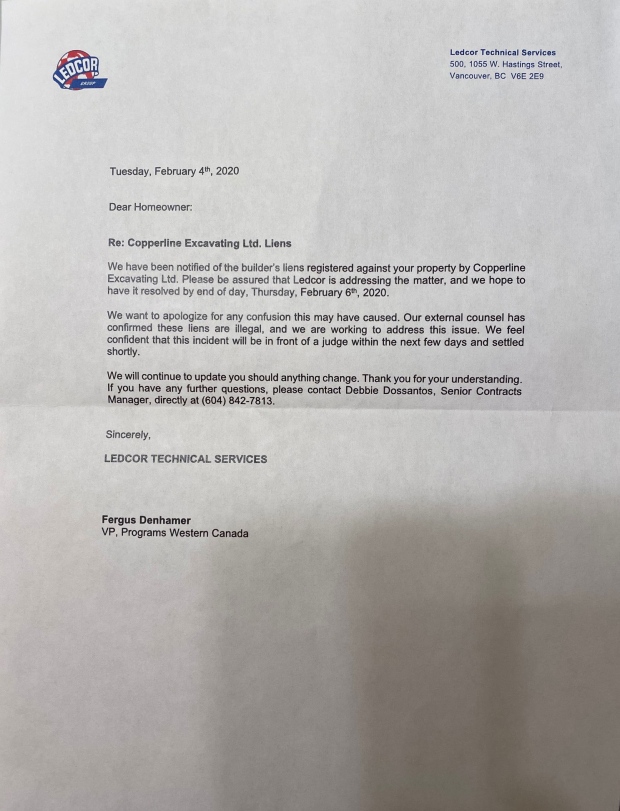