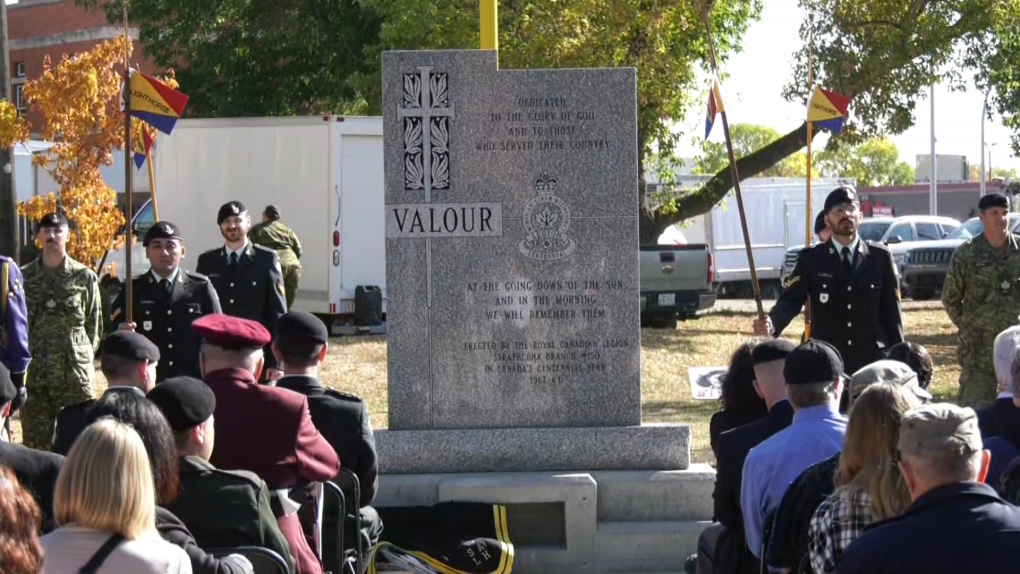 The park is named after the South Alberta Light Horse Regiment (SALHR), which dates back to 1905 and has squadrons in Edmonton and Medicine Hat.

Retired Lt.-Col. Troy Steele said the area where the park is has strong ties to the regiment with the Connaught Armoury, the oldest armoury in Alberta, right next door.

Because the SALHR is a community regiment, Steele said they also wanted the park to be in an area where the community could easily access it.

The cenotaph rests on a base of soil gathered from every war cemetery in Europe where Canadian soldiers are buried. And over the last two years, two new installations were added in collaboration with the Dutch Canadian Club of Edmonton.

Canadian troops helped to liberate the Netherlands in 1945, and Steele said the regiment shares a strong bond with the Dutch community.

Last year a statue of Anne Frank was unveiled at the park, and in April 2022, a series of five plaques explaining the regiment's history in global conflicts were opened in the park.

The next phase of the park includes building columns at the entry of the park, adding benches, and installing memorial plaques and walls from material rescued from buildings demolished in Old Strathcona.

"This is just basically an area where people can come and relax and be safe," Steele said.