EDMONTON -- An organization that helps young neurosurgery patients has found a way to keep kids and their families connected during the COVID-19 pandemic.

“It was really refreshing to be able to do something as a family where they were interacting with other kids and it was organized really well,” said Cathy Eklund.

Her seven-year-old daughter Cecily had brain surgery in January, and this was her first time taking part in an event hosted by NKF. 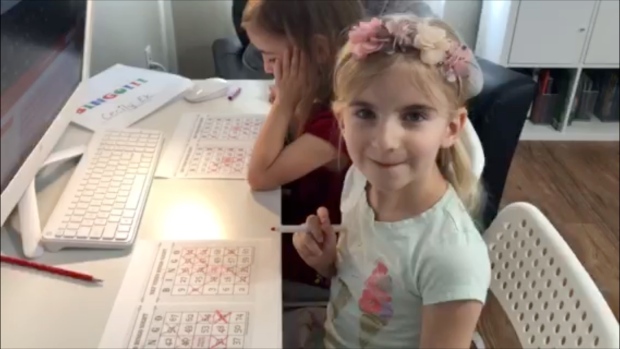 "Yeah it was fun," said Cecily Eklund. "I got to play with my brothers and sisters.”

Her six siblings were also invited to play.

"It was actually so fun,” her mom Cathy added. “My kids have never played bingo before so the teenagers were even watching how to play bingo videos so that they would be ready.”

Self-isolation and the potential risk of getting COVID-19 has been tough on pediatric neurosurgery patients parents.

“Keeping Sadie as safe as possible because she would be at very high risk,” said Shannon Schmidt. 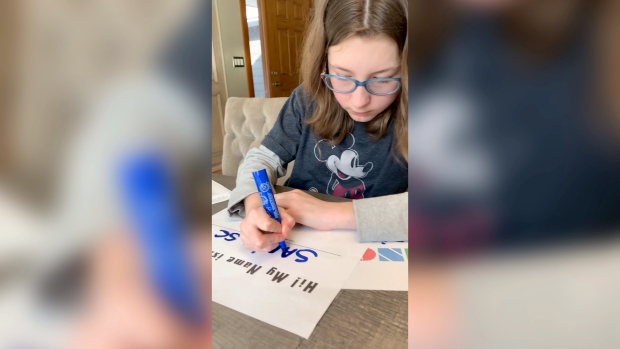 Her 12-year-old daughter Sadie has undergone multiple surgeries and has a shunt in her brain. She never knows when her daughter might require a trip to the Stollery Children’s Hospital for treatment.

“But if there is something, we know that they’re there for us because they have let everybody know the steps and procedures to take if you’re child is having any symptoms and that we will be well taken care of,” she said.

The virtual game was also meant to alleviate some of the stress parents like Schmidt are feeling right now.

"It was kinda like hanging out with family,” Schmidt said.

Although winning one game was a highlight for her daughter, she says getting to see friends she’s made through NKF is too.

“Some of the older kids are her heroes because she knows that her friends have gone through some of the same things that she’s gone through.” 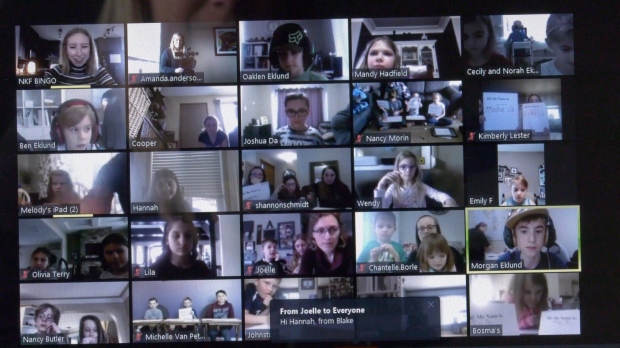 NKF will host a virtual bingo for the kids every Wednesday and is trying to come up with other virtual event ideas to keep families connected until they’re able to do it in person.