Like NASCAR in the sky: Air racing could be coming to 2019 Edmonton Air Show

Fast-paced plane racing could be on its way to the Villeneuve Airport as part of this year’s Edmonton Air Show.

Spokesperson Dean Heuman confirms show organizers are “going through additional reviews with Transport Canada and others” seeking approval to host a demonstration race at the show this summer. If all goes well, it could lead to a competitive race in 2020.

But it's not for sure.

“We are working in lockstep with key stakeholders such as Edmonton Airports and Transport Canada, but this is not approved yet," air show president Richard Skermer told CTV News in an email.

"I will not rush this. I firmly believe in start right, run right, and if I have to delay this until another time, I will. Safety and alignment are paramount.”

Scott Holmes is a pilot with Outlaw Air Racing based in Edmonton. He has raced all over the world.

“It’s exactly like NASCAR, except in the air at 50 feet, and a little bit faster,” Holmes told CTV News Edmonton in a 2017 interview about the sport of air racing. “Oh you’re chasing each other, it’s aggressive formation flying.”

“If you fly up high, you can’t see the telephone poles in close, so then you end up flying a wider course, and a wider course is a slower course,” Holmes said.

Air race would be a Canadian first

Holmes plans to race at the U.S. National Championship Air Races in Reno, Nev. this September, an event put on by the Reno Air Race Association.

Currently Reno is the only place in North America that meets the requirements to host multi-class closed course pylon racing, unless the Edmonton Air Show gets approval.

“I would like to expand air racing,” Fred Telling, chairman and CEO with RARA, told CTV News.

“I have more sport pilots in America who are certified to race than we can accommodate.”

High-performance airplane racing has gained popularity in recent years thanks in part to Red Bull Air Racing that began in 2003. Red Bull recently announced 2019 will be the final season for the races.

Telling believes the brand of race that could come to Edmonton is more exciting.

“That’s highly skilled, aerobatic pilots racing around pylons, but each racing singly and against the clock. Our racing is multiple planes literally against each other.”

An announcement regarding air racing at this summer’s show is expected in the next few weeks.

The Edmonton Air Show goes Aug. 17 and 18 at the Villeneuve Airport. 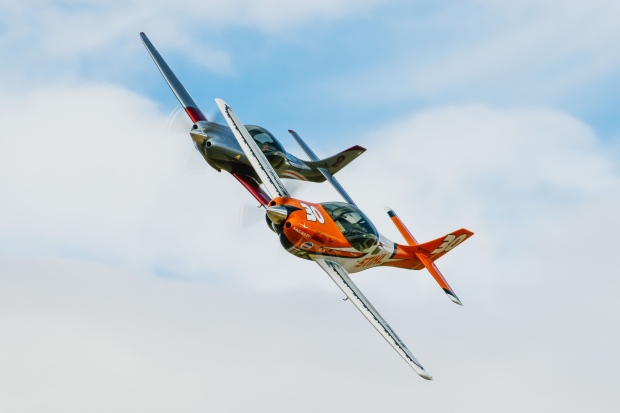