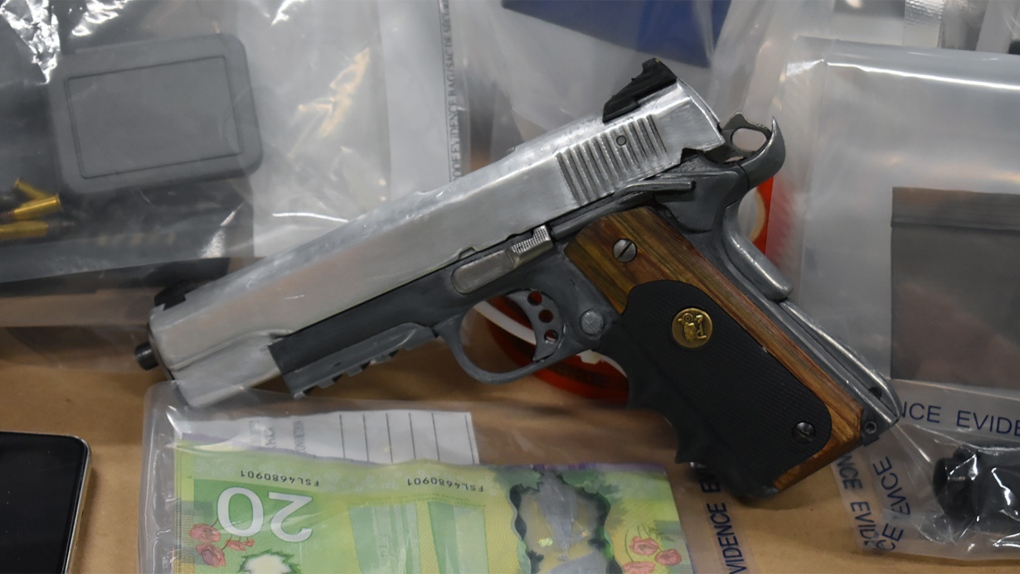 Police seized a loaded gun along with some drugs and cash during a traffic stop in Red Deer on May 4, 2022. (Source: ALERT)

Police seized a loaded handgun from a suspected drug dealer during a traffic stop in Red Deer earlier this month.

The seizure was made by the Alberta Law Enforcement Response Teams’ organized crime and gang unit on May 4 during a planned traffic stop near Gasoline Alley.

Along with the gun, which had a vandalized serial number, police also seized fentanyl, methamphetamines, cocaine, GHB, illicit prescription pills and $360 in cash.

“Taking a handgun out of the hands of a drug dealer is a measure of success towards reinforcing community safety. ALERT continues to work with our partners at Red Deer RCMP, and neighbouring detachments, to disrupt and dismantle drug trafficking activity,” said Staff Sgt. Jason Gibson in a written release.

The gun will be submitted for ballistic testing and firearms analysis.

The investigation is currently ongoing as police work on reports with Crown counsel.

Anyone who suspects drug or gang activity in their community should call their local police department or Crime Stoppers at 1-800-222-8477.

The Group of Seven on Tuesday was wrapping up a summit intended to send a strong signal of long-term commitment to Ukraine's future, ensuring that Russia pays a higher price for its invasion while also attempting to alleviate a global hunger crisis and show unity against climate change.