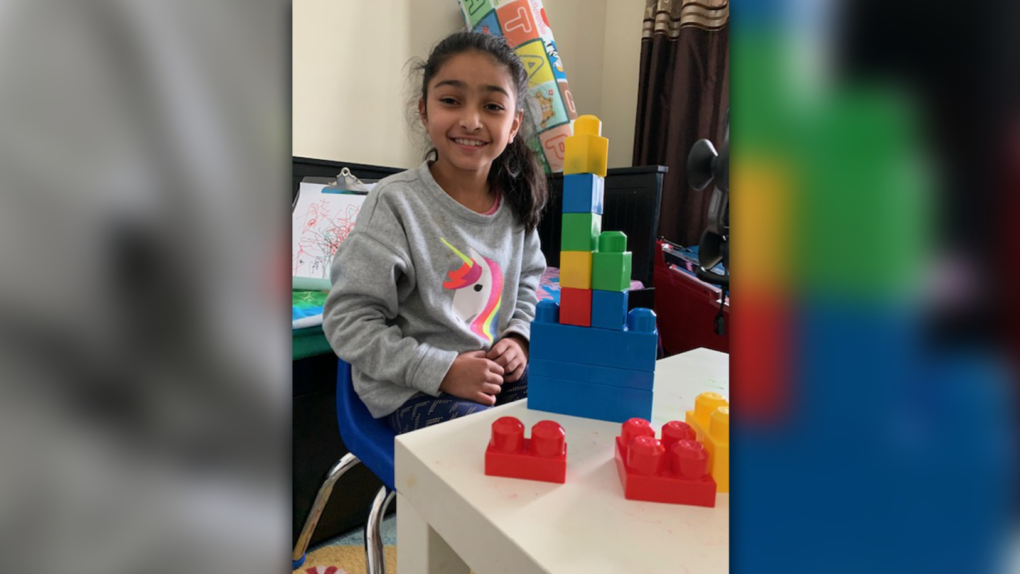 EDMONTON -- An eight-year-old girl who was left with brain damage after a dental procedure is making progress in learning to walk again.

Amber Athwal was just four years old in 2016 when she was rushed to the Stollery Children’s Hospital after the operation.

She stopped breathing for three to seven minutes while under anesthesia for the procedure. She also went into cardiac arrest.

She’s spent the last four years relearning how to walk, talk and perform other tasks.

In January, she traveled to Thailand for regenerative stem cell therapy. Her family says it has taken three or four months, but they’ve seen a big improvement.

“She’s able to memorize a lot now. Her speech is improving, her physical abilities are improving, she’s able to do a lot of work with her hands. She’s able to walk, her walking has improved with the help of this treatment,” said Ramandeep Singh, Atwal’s father.

“Her neurologist and pediatrician are amazed with the recovery she’s showing from day one. With this treatment they said, ‘We definitely want you guys to go for another treatment.’”

In 2016, an Alberta Dental Association and College tribunal found that Dr. William Mather, the dentist who performed the procedure, had committed serious breaches of his professional and ethical duties.

According to a report released the same year found that Mather and his staff weren’t fully trained or prepared to deal with Athwal’s medical emergency.

A nurse who was involved in the case will be in front of the hearing tribunal next week.

With files from the Canadian Press.