After a string of break-ins and supply chain hiccups, a renowned glassblowing studio in south Edmonton is opening.

Leah Kudel, a local glassblower who competed on Netflix's Blown Away series, had hoped to open Suspended Studio sooner, but a group of repeat thieves who smashed storefront windows, damaged equipment, and took off with tools, set her timeline back.

In December, CTV News Edmonton spoke with Kudel, who had suffered five break-ins in just 13 days.

"It's pretty terrifying when you hear someone smash into your studio with an axe," she said at the time. 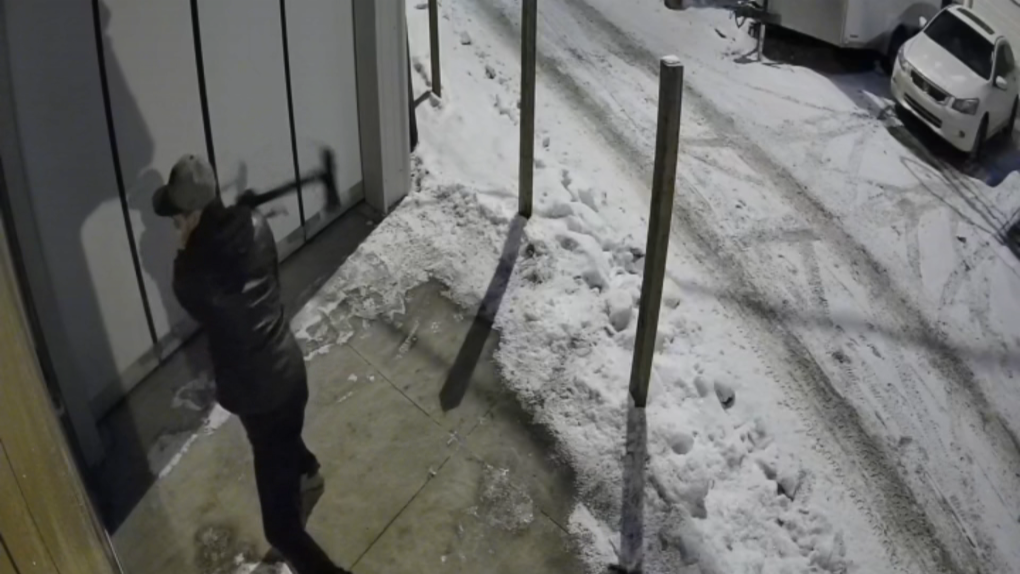 Despite the setbacks, Kudel persisted with crystal clear determination and held a grand opening ceremony on Saturday to great community fanfare.

"It's so exciting," Kudel said. "It's a little surreal to know we're finally open."

"Things have actually been really good," she added. "Everything kind of subsided, and I had so much support from the neighbourhood and the Edmonton Police Service."

"We finally got everything fixed and ready to open."

Replacing the glass exteriors and shop equipment was more challenging than expected, with global supply issues slowing the opening process.

That now remains a distant memory for Kudel, who is in awe of the neighbourhood support she received.

"Tons of people helped me during the break-ins to try and clean everything up, get things fixed, make everything secure," Kudel said. "I have neighbours who've built shelves for me. The list just goes on and on.

"Edmonton's a really great community for supporting the arts and supporting entrepreneurs," she added.

"To see your community come and rally around you and be like, 'We're so excited you finally got here,' and, 'We know how hard it was;' it's a really awesome feeling actually."

The studio focuses on commission work, like encasing the ashes of loved ones in glass or decor pieces like a gold glass blimp, and hosting events, including glass blowing date nights, demonstrations, and lessons.

"Really anything can be made out of glass," Kudel said. "So we do a lot of (custom) work, which is really fun because it's this whole creative problem-solving process."