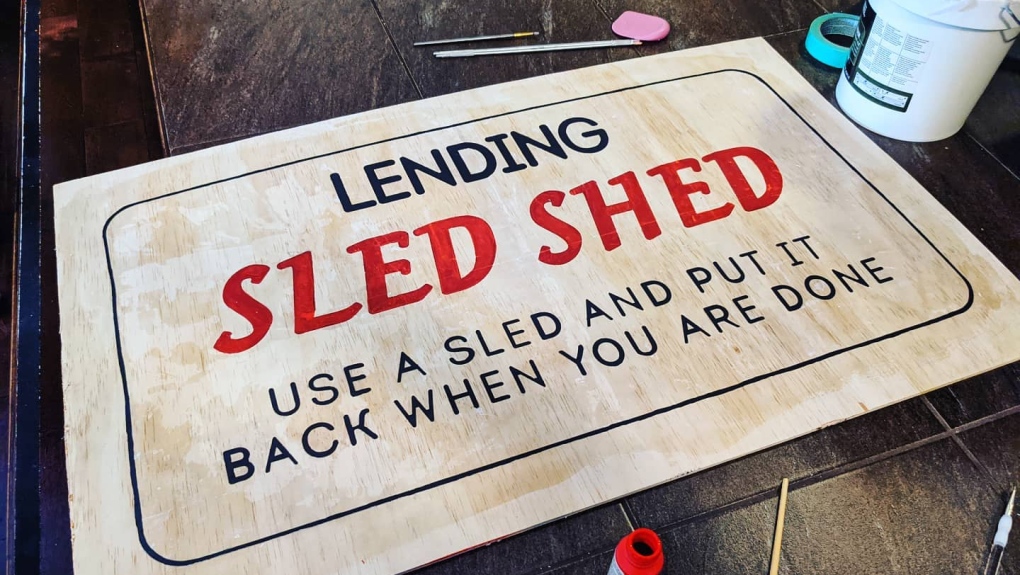 EDMONTON -- A “Lending Sled Shed” is now setup at the toboggan hill in Laurier Heights.

“I saw a picture of a little free library sled shed down in the states,” she said.

“I thought what an amazing idea. We’re kind of at that this place where we don’t have a lot of things to do.”

The project started off as a way to give back, but developed into a bonding experience for Edwardsen and her father.

“My dad built everything but the sign,” she said.

“It was a great project for my dad and I to do together because he has cancer. He can’t really go out a lot to many places and this gave him the ability to have a project.” 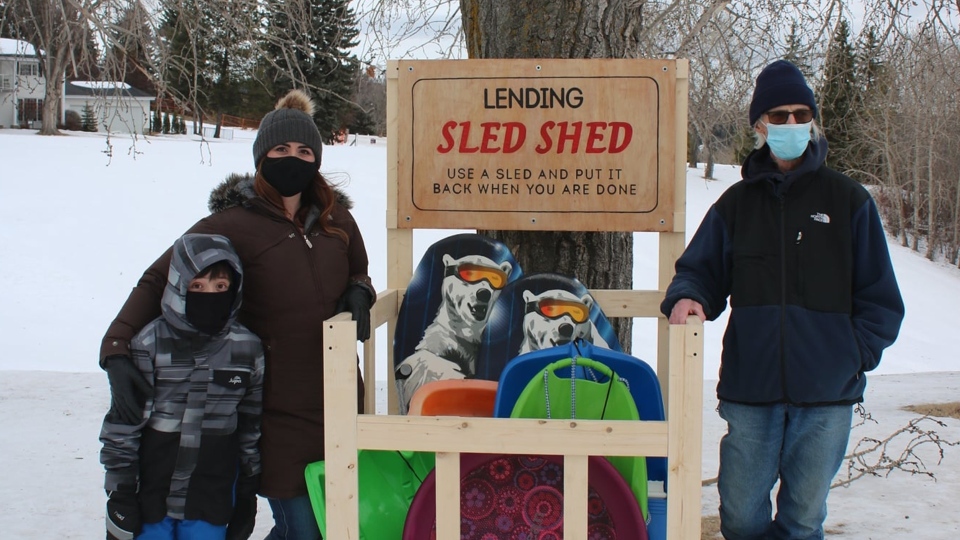 “[We] wanted to get it done and get it out for community members to use it right away.”

Edwardsen said the sleds have been donated by area residents and more are expected to be added in the coming days.

“I put a call out for more sleds [online] and the community has been amazing. It was an overwhelming response we got for sleds.”

So far the initiative to take a sled and return a sled has been well received.

“It exceeded our expectations. It’s big and beautiful and the sign is attractive,” Karen Wilks, president of Laurier Heights Community League said.

“It adds to the atmosphere, the sense of community. Care and connection. We’re really excited about it, the gift and the opportunity.” She said. 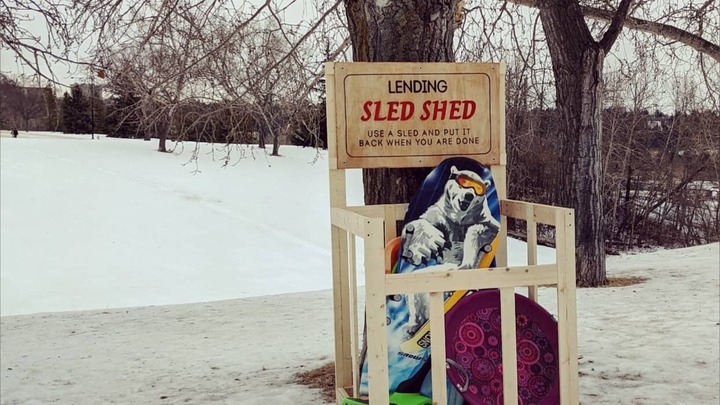 Edwardsen would like to see the initiative adopted by other Edmonton communities.

“Hopefully other people like this idea and maybe they want to build one and put one in their community,” she said.

“If this does well we’re thinking about making another one for the Parkview area for the MacKenzie Ravine, that’s our next goal. We’ll see how well this one does.”

If the sleds go missing or if the shed gets wrecked Edwardsen said they would go back and fix it.

“I have a lot of faith in our community and also in the people. Things get vandalized and you can either sit back and be upset about it or you can try and fix it and make the best of it.”