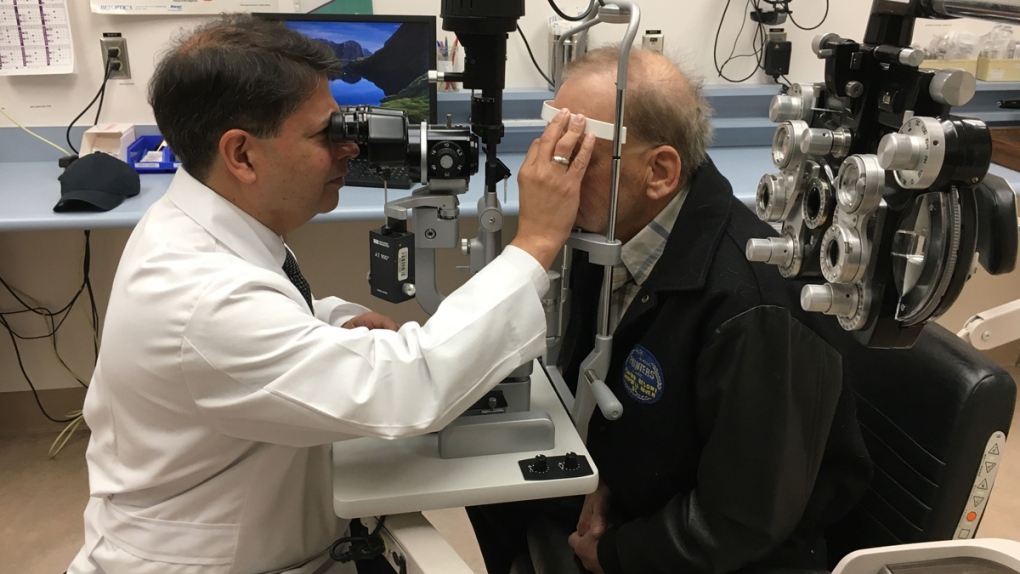 Dr. Karim Damji recommends an annual eye exam for anyone over the age of 40 to catch and treat glaucoma. March 11, 2020. (Evan Klippenstein/CTV News Edmonton)

EDMONTON -- The Eye Institute of Alberta at the Royal Alexandra Hospital is reminding everyone to get routine eye exams during Glaucoma Awareness Week.

Glaucoma is the leading cause of blindness, affecting one to two per cent of Canadians.

The disease damages the optic nerve, which carries information from the eye to the brain, Alberta Health Services said. Vision can be altered or even lost when this nerve is damaged.

There are no symptoms until the very late stages, often when it has already stealing your eye sight, AHS added.

Ophthalmologist and researcher Dr. Karim Damji recommends an annual eye exam for anyone over the age of 40 to catch and treat the disease.

“Treatment is aimed at lowering pressure in the eye and when the pressure is lowered it protects the nerve in the back of the eye. We can do that with medication, lasers or surgery.”

Damji is excited for the work being done by researchers in Alberta to fight this disease.

“One of our own investigators was part of a team that discovered the gene for pigmentary glaucoma and we’re proud of that being found at the University of Alberta. It’s a first for the world.”

Researchers are also doing clinical trials to find safer ways of doing glaucoma treatment such as key-hole or micro-invasive surgery.