Locally-made space comedy getting ready to blast off

EDMONTON -- A local actor, improvisor and filmmaker has a new project that is out of this world.

Dana Andersen is shooting a movie about the moon landing… with a giant leap of creative license mixed in.

Every actor films their scenes solo on a green screen and they will come together on the real screen with the help of technology.

Andersen, who is a well-known improvisor, sets the scene for the actors then lets them make up their lines.

“Nobody has seen each other yet so it’s fun,” Andersen said. “It’s fun watching people react to nobody and they’re actually quite good at it.”

The movie is a send up of the first moon landing, but the story of Neil Armstrong and Buzz Aldrin takes a back seat.

“It’s going to center around the Michael Collins story, the lesser known of the astronauts," said Andersen. "Not Buzz, not Neil but kind of what happens when he goes to the far side of the world and it turns into a kind of an Alice in Wonderland adventure."

The adventure has been an adventure to make. Andersen has been busy behind the scenes, coming up with a story board,  getting costumes made, building models and getting financing. 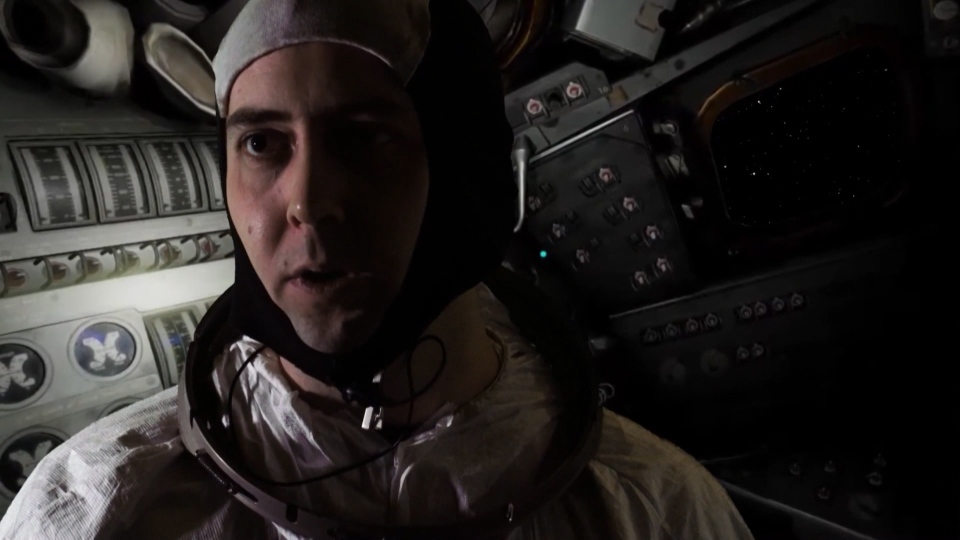 “I met a big Hollywood producer, he gave me his card, his name is Mr. Visa.”

Mr. Visa will be busy for the next little while. There are many more scenes to film before the moon movie lands anywhere, but Andersen isn’t in a big rush to complete this project.

“If I can finish this before they actually put a man on Mars I’ll be happy, but hopefully in the summer I’ll get a good handle on this.”