EDMONTON -- A local realtor is sharing his story after an attempted home invasion left him shaken and his home damaged.

After 15 years as a real estate agent, Michael Melnychuk knows a few things about home safety. He calls it a responsibility to make sure his clients are safe.

That’s why what happened at his own south side home last week was such a shock.

“I was awoken with my house shaking with kicking and pounding,” Melnychuk told CTV News Edmonton. “They didn’t get in. Thank goodness I had strong doors.”

Early on a school day morning, Melnychuk was woken by his doorbell ringing several times before then hearing a person banging on his front door.

“I scrambled out of bed and quickly looked out to see if anyone was there, but no car was parked,” Melnychuk said in a Facebook post.

He said he heard the person move around the house, where he saw them trying to open his side door with a crowbar. 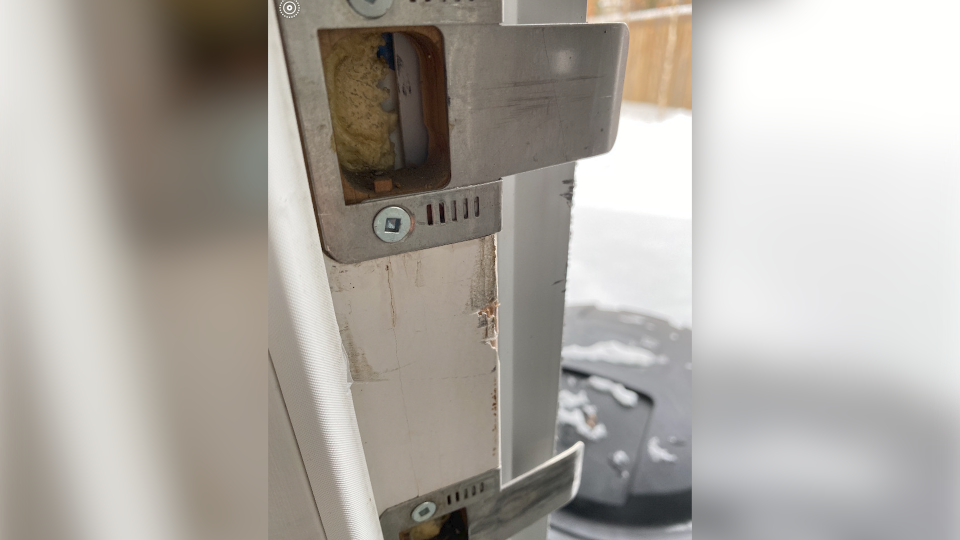 “As he tried to enter, I yelled loudly and he caught a glimpse of me. Immediately he froze and took off.”

Melnychuk took a video of the person running into the passenger seat of a white truck and driving away. Edmonton police arrived minutes later and determined the vehicle was stolen.

“There is probably about $15,000 damage to my home. The frames and doors have to be taken out, but better safe than sorry.”

After a few days later, Melnychuk offered up these tips to his clients and the public:

He has since installed video cameras to his home’s exterior in hopes this will be the last time he’s the victim of a home invasion.

“I try not to think what could have happened. That’s what keeps me up at nights because you never know if somebody enters your home -- what if?”