Looking to buy a home? Former Hells Angels clubhouse in west Edmonton could be yours 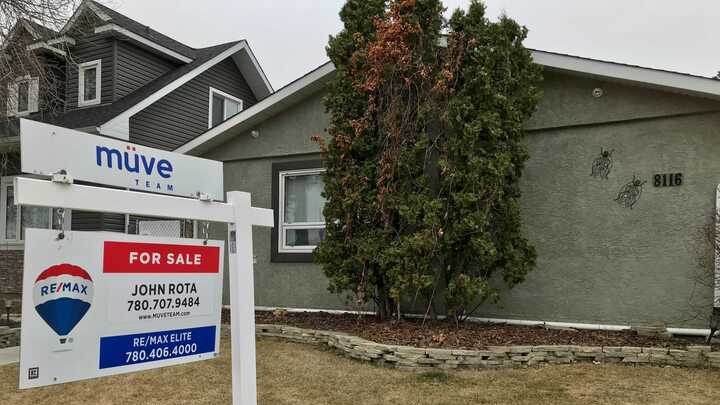 New home listing in the Elmwood community at 8116 159 Street.

The home, built in 1960, boasts three bedrooms, one-four piece bathroom and a very mature tree out front for additional privacy. It was also formerly owned and operated as the local Hells Angels clubhouse.

The seller doesn't want this to deter you. The property's listing brags it has been well maintained and comes with some interesting selling features, such as a very large entertaining space in the backyard, with an exceptionally robust built-in bar. 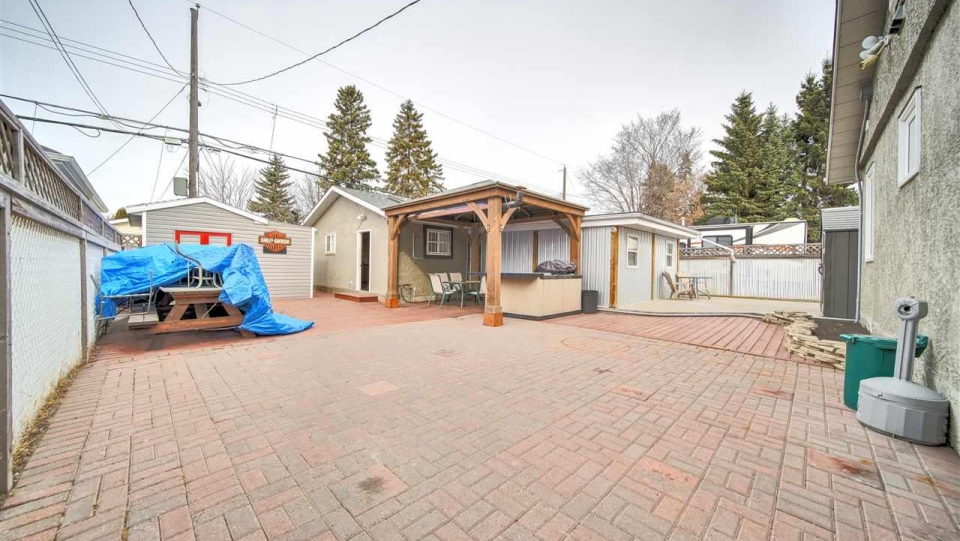 All photos courtesy of Exit Realty 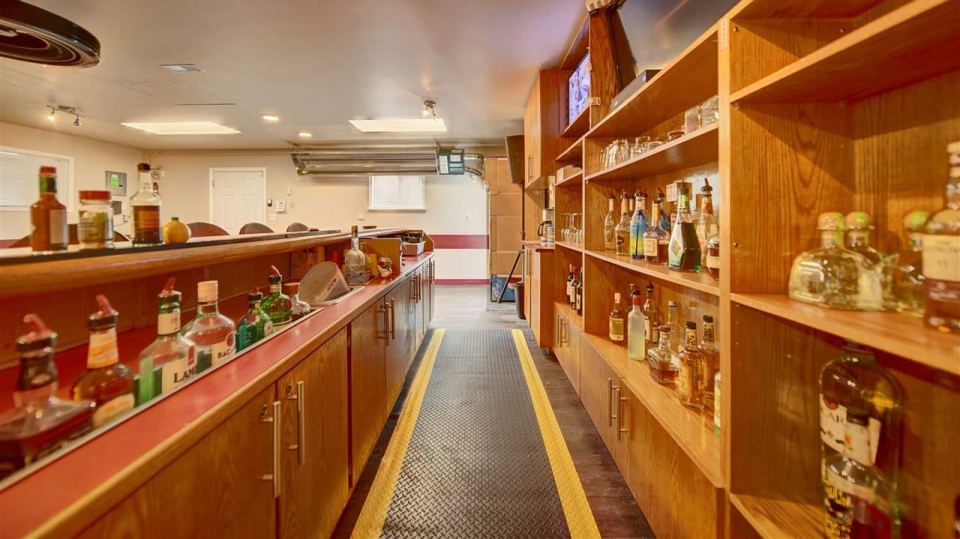 While no expense was spared on the space out back, the inside of the home is a touch quainter. However, it does offer an open concept layout, and a simple change in colour scheme could make the rooms feel much larger.

The kitchen, which is right off the living room, offers a lot of cabinet and counter space, a bonus feature for foodies or a family that likes to cook. 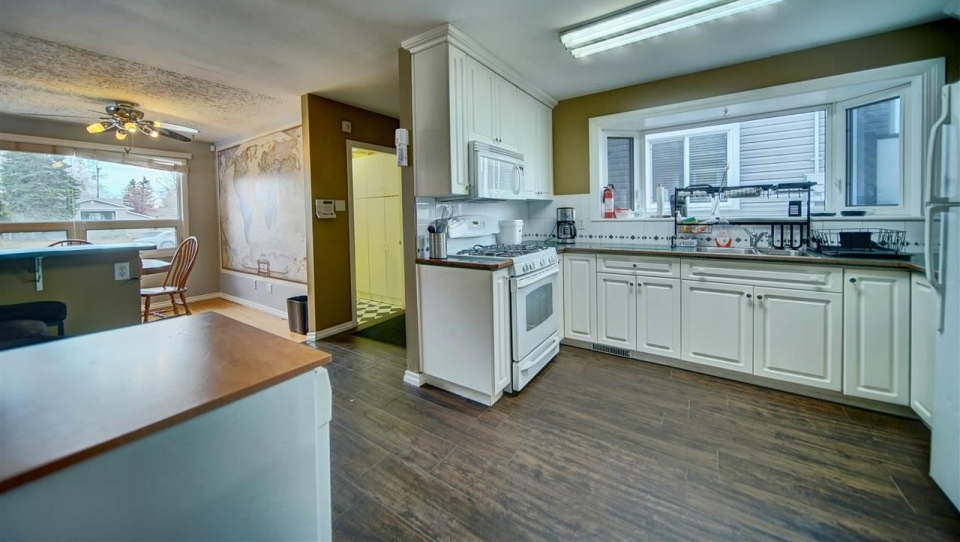 Fan of travel? You’re in luck! There’s a very large map of the world pasted onto one of the walls. It’s perfect for plotting the next adventure or marking off countries already visited. 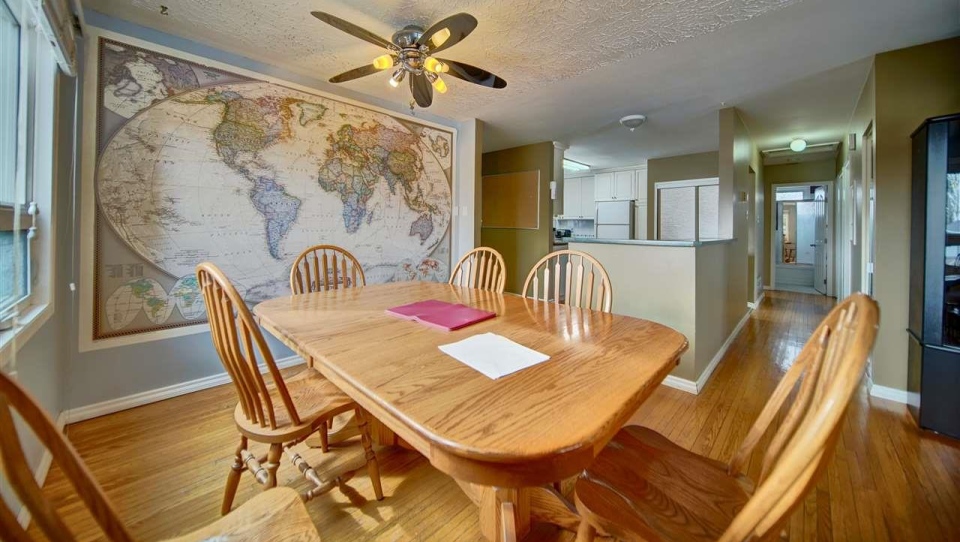 The home drew in some unwanted attention back in 2014, when the property was included in a raid following an extensive investigation by the Alberta Law enforcement Response Team (ALERT).

According to police, on April 23, 2014, 10 search warrants were executed and six members of the motorcycle gang were arrested.

CTV News Edmonton did try to contact the listed realtor to confirm the current status of the home. He was not available for comment.

However, a few hints of the house's past remain.

It’s not necessarily COVID-19 friendly right now, but one day the backyard and garage could be used for weddings, parties and even grad celebrations -- or as the listing states, could serve as great “storage for all your toys.” 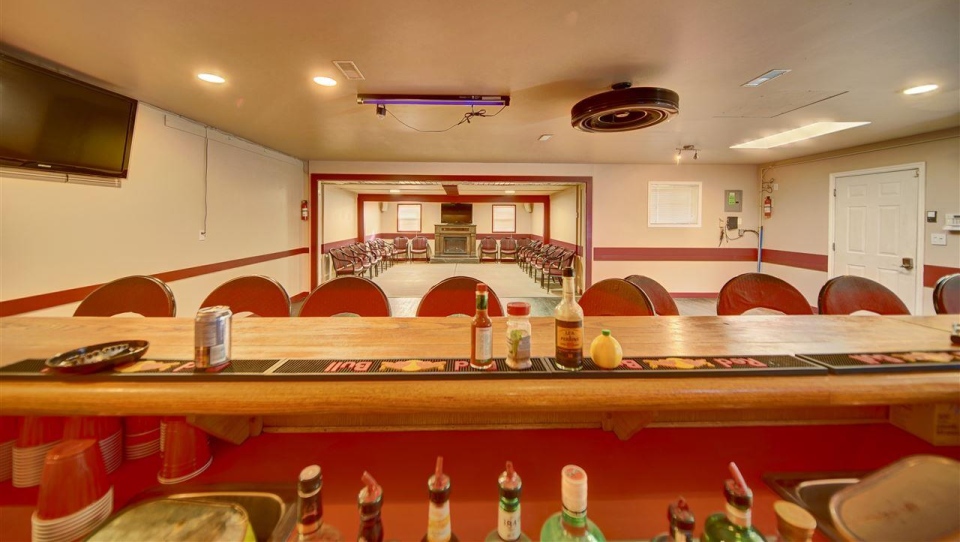 There’s even a Harley-Davidson sign on the outside of the garage for the motorcycle enthusiast in your life. 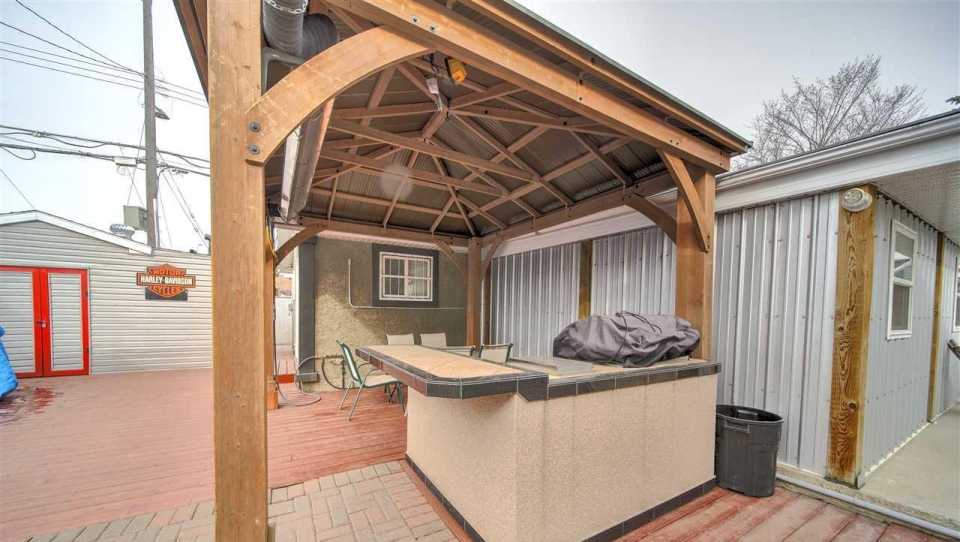 And, if you’re interested in this home, you might even be able to convince the seller to part with this one-of-a-kind floor mat located in the laundry room... Or you could just buy it off Amazon. 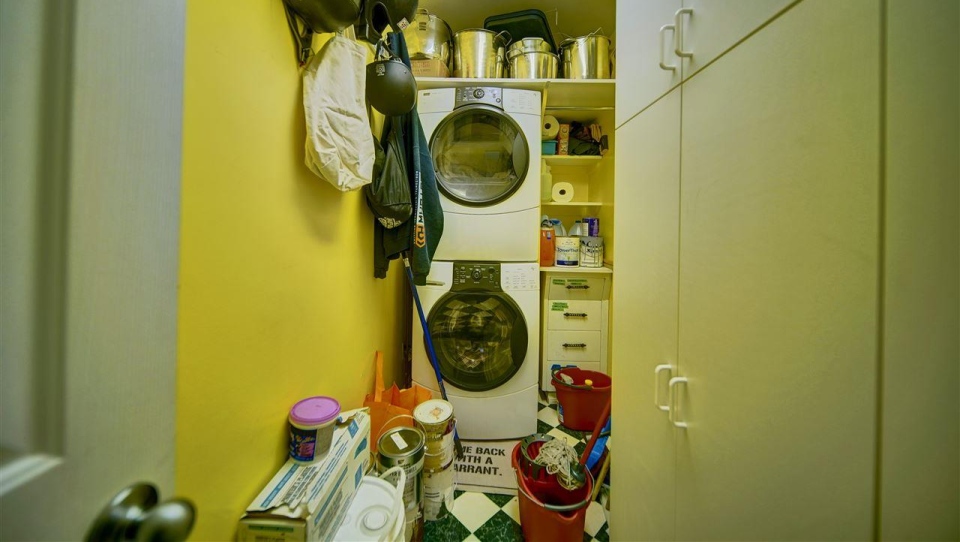 On top of everything this property has to offer, the location is unbeatable. The Elmwood community has great schools, and easy access to all areas of the city. An appealing spot for a first-time home buyer.

The current ownership of the home could not be confirmed.