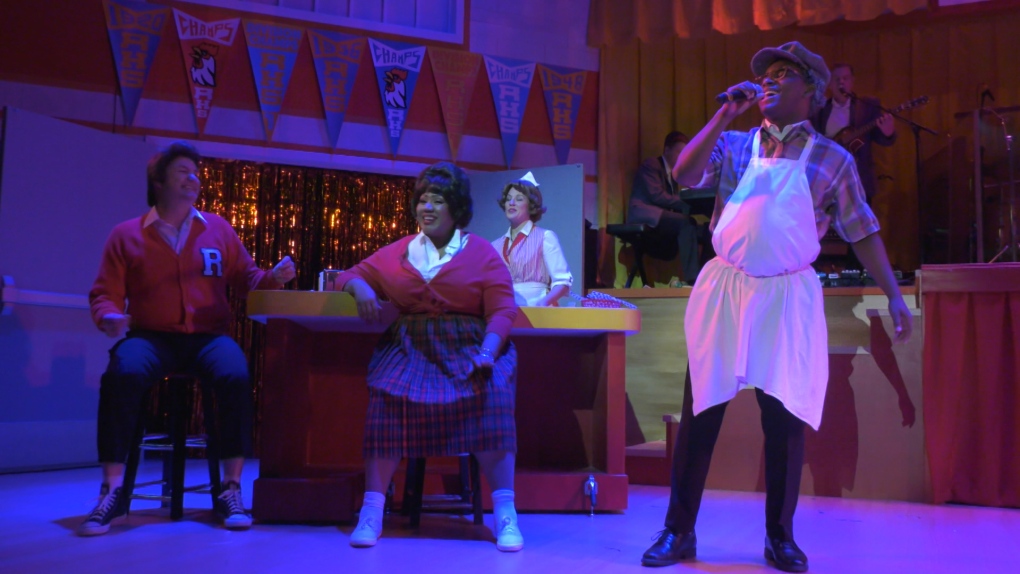 EDMONTON -- The Mayfield Dinner Theatre's latest production promises a reunion for those on stage and off.

Class of '63: A Rockin' Reunion is about classmates gathering again in the late 1980s after 25 years.

"It's set in the 80s and flash(es) back to '63," explained performer and Canadian singer Simone Denny.

As the musical's characters relive their youth, the audience is taken back to a time of hot rods, drive-ins and rock 'n roll.

"Those songs are timeless, and I think even the new generations that are exposed to them, they're infections and it's good fun," Denny said.

Denny, the former lead singer of Love Inc., knows something about music that appeals to multiple generations.

The band's debut song "Broken Bones" and second single "You're a Superstar" each made Canadian music charts.

"Superstar has held the test of time  and no matter where I go or when I sing it, everyone has a story about how it shaped their lives or influenced them," Denny told CTV News Edmonton.

"I've been touring in the U.K. a lot and the same thing: It's a classic there," she added. "They're all singing it and their kids are singing it."

To be on stage in Canada again represents both a humbling experience and a new challenge, Denny said.

"It's lovely to be here doing this because it takes me another direction."

Class of '63: A Rockin' Reunionruns at the Mayfield Dinner Theatre from Nov. 5 to Jan. 26.

With a report from CTV News Edmonton's Graham Neil