An Edmonton woman who believes she's discovered a piece of local history is hoping to reunite some new-found artifacts with their rightful owners.

Rayanne Boychuk has been running her furniture refinishing business for five years.

Over that time, she's found discarded items before, but until this week nothing that seemed likely to hold any value.

"Everybody always thinks that I’m going to find money or something that will retire me from doing this, but I’ve found nothing other than literally, probably about 50 pairs of underwear."

When Boychuk was going through an old dresser she planned to restore, after purchasing it from Goodwill in west Edmonton, something caught her eye.

"I was working late at night," she said, "and I opened the drawers, and right behind one of the drawers was all of these treasures." 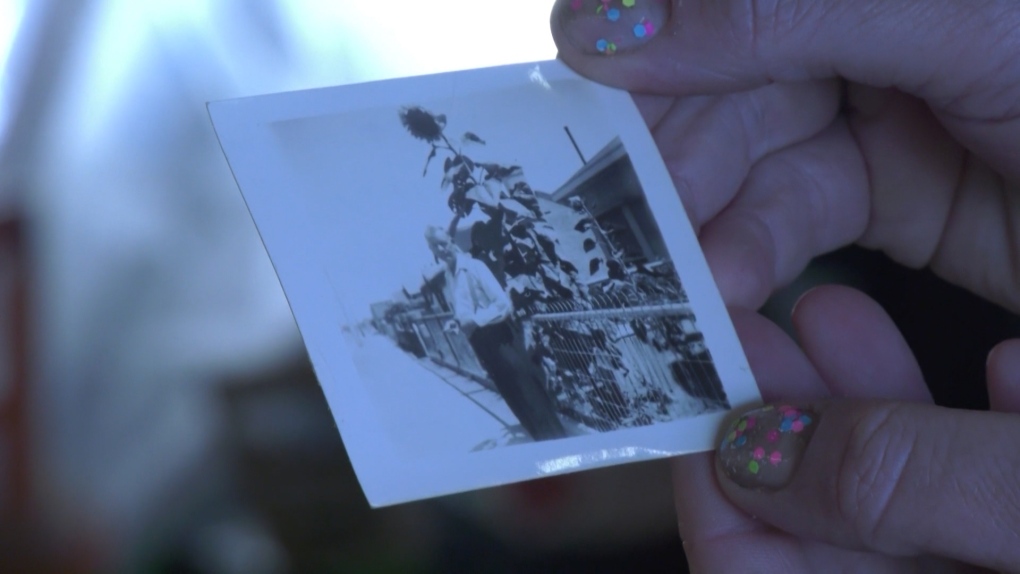 Those "treasures" included a Bible from a soldier, along with his Australian combat records. Boychuk also found photographs, and love letters that appeared to be written for the soldier by his wife.

"I thought it was amazing and I wanted to try and find his family to return these truly one of a kind items," she said.

A man's old driver's licence was also found with the items.

The ID shows it belonged to Peter Maurice Moore who was born in 1920 and once lived in Sherwood Park.

Boychuk did some investigating and believes Moore is deceased.

The Edmonton furniture refinisher said her favourite item from her discovery is a letter from Moore's wife.

"And it says, 'I pray that God will take care of you for me and bring you safely home back to me. And then we will be together for always,'" said Boychuk.

That letter was the only one no longer sealed. The rest, Boyshuk said, will remain sealed, at least until she can track down Moore's family.

"I think this is truly someone’s entire legacy and it’s too important to be left with me. It needs to be in the right hands."

Buckingham Palace says Queen Elizabeth II has reluctantly accepted medical advice to rest for a few days and has cancelled a trip to Northern Ireland.

PM consults opposition on how House of Commons should resume business

Prime Minister Justin Trudeau will continue today consulting with opposition leaders about how the House of Commons should resume work and what the priorities should be once it is back in operation.

The world needs to cut by more than half its production of coal, oil and gas in the coming decade to maintain a chance of keeping global warming from reaching dangerous levels, according to a UN-backed study released Wednesday.

There are money lessons to be learned for Canadians from the hit Netflix survival drama 'Squid Game', CTV's chief financial commentator Pattie Lovett-Reid writes in her latest column on CTVNews.ca.

Negotiations drag on over 17 missionaries kidnapped in Haiti

Negotiations stretched into a fourth day seeking the return of 17 members of a U.S.-based missionary group kidnapped over the weekend by a violent gang that is demanding US$1 million ransom per person.