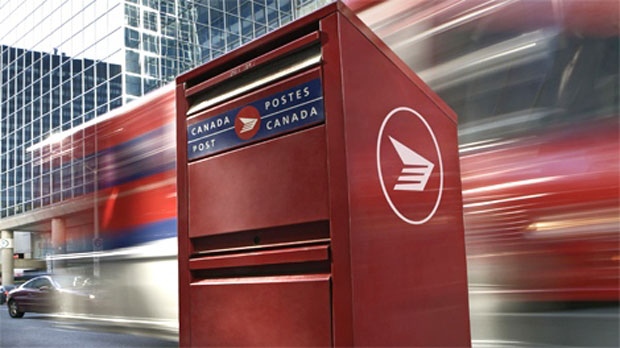 Charges are pending after RCMP and postal inspectors in east-central Alberta found a Canada Post employee had been stashing mail.

Mounties say a search of the employee's vehicle and home in Wainwright, Alta., earlier this week found "in excess" of 500 "deliverable items" had been hoarded.

The postal worker was arrested and has since been released with conditions. They are to appear in provincial court on Jan. 5, 2023.

All parcels have been returned to Canada Post to be delivered to their intended owners, police say.

Officials expect charges of theft from mail under $5,000 and possession of property obtained by crime under $5,000 to be laid as the investigation continues.

To prevent mail theft, police and Canada Post recommend picking up mail as soon as it has been delivered, using the hold mail service when going on a vacation and depositing outgoing mail as close to the scheduled pick-up time as possible.

Critics say the U.S. and Canada had ample time to shoot down a suspected Chinese spy balloon as it drifted across North America.

A powerful 7.8 magnitude earthquake rocked wide swaths of Turkiye and neighbouring Syria on Monday, killing more than 2,600 people and injuring thousands more as it toppled thousands of buildings and trapped residents under mounds of rubble.

U.S. 6-year-old who shot teacher allegedly tried to choke another

A 6-year-old Virginia boy who shot and wounded his first-grade teacher constantly cursed at staff and teachers, chased students around and tried to whip them with his belt and once choked another teacher 'until she couldn't breathe,' according to a legal notice filed by an attorney for the wounded teacher.