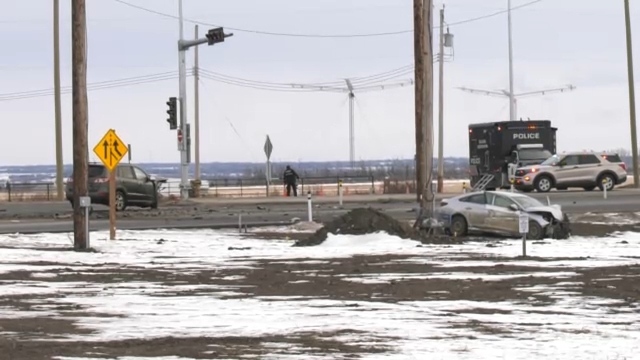 Investigators probe the scene of a crash near 17 Street and Manning Drive on Sunday, Nov. 27, 2022 (CTV News Edmonton/Brandon Lynch).

Four people were injured in a two-vehicle crash northeast of Edmonton Sunday afternoon.

According to police, the collision occurred in the area of 17 Street and Manning Drive southbound around 1:30 p.m.

A Hyundai Sonata sedan was westbound on Manning Drive through the intersection on a flashing yellow light when it was struck by a Hyundai Santa Fe SUV completing a lefthand turn onto 17 Street north from eastbound Manning, police said. 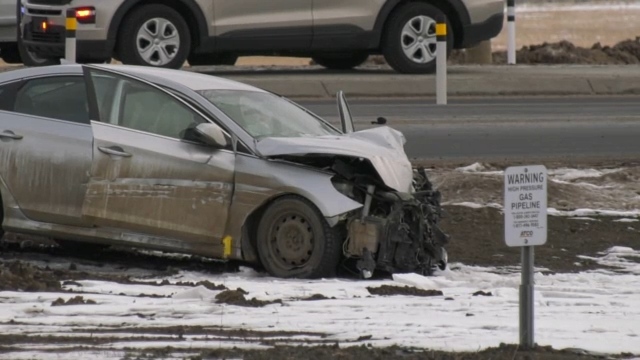 Investigators probe the scene of a crash near 17 Street and Manning Drive on Sunday, Nov. 27, 2022 (CTV News Edmonton/Brandon Lynch).

STARS took a male youth from the sedan to the University of Alberta Hospital with serious, non-life threatening injuries.

Three other adults, one male and two females, were taken by ground ambulance to area hospitals in serious condition, AHS confirmed to CTV News Edmonton.

Driver impairment and excessive speed are not considered factors in the crash, investigators add.

After being closed for most of the afternoon, the area reopened later Sunday evening.

Dominic Barton, the former global managing director of McKinsey & Company, says he had no involvement in federal contracts awarded to the firm in recent years.

Australia is removing British monarchy from its bank notes