Majority of Alberta under heat warning, high temperatures up to 35 degrees expected 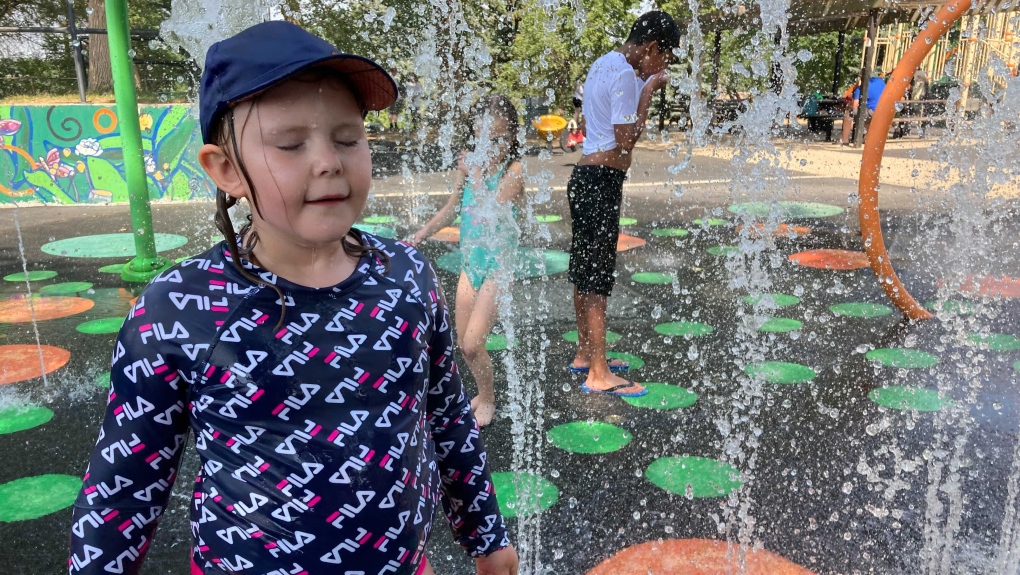 Environment Canada has placed the majority of Alberta under heat warnings as it forecasts daytime temperatures ranging from 29 to 35 degrees.

The weather agency says the combination of high daytime temperatures and lack of respite during the overnight period present conditions that could elevate the risk of heat illnesses, like heat stroke or exhaustion.

Heat warnings are in effect for all parts of the province except Jasper National Park and Nordegg.

Western parts of the province are also under an air quality advisory as wildfire smoke is expected to envelop areas in and around Banff and Jasper National Parks, Hinton, and Grande Cache.

Albertans and those visiting areas under the heat warning should consider rescheduling outdoor activities outside of peak temperatures, take frequent breaks from the heat, and drink plenty of water.

“Monitor for symptoms of heat stroke or heat exhaustion, such as high body temperature, lack of sweat, confusion, fainting, and unconsciousness,” the heat warning said.

According to Environment Canada's Prairie and Arctic Storm Prediction Centre, temperatures are expected to peak on Sunday in the low to mid-30s.

"The upper ridge over the western prairies will continue to bring above normal temperatures through the long weekend and into next week," the prediction centre said.

July's high temperature summary for #Calgary. 25 days were warmer than average. Until the end of the month, we did get breaks from the heat on Sundays. #yyc #yycwx #yycweather #Calgaryweather pic.twitter.com/fKCy67RVGt

The City of Edmonton reactivated its extreme heat response plan on Saturday to help ensure vulnerable people are safe during the warmer weather.

City facilities and recreation centres will be open to give people a break from the heat. These include:

City pools, including the Queen Elizabeth outdoor pool and Hardisty Fitness and Leisure Centre, will distribute free water bottles to anyone in need.

Water bottle filling stations will be available in the river valley at park fountains and certain fire hydrants. Locations include:

The city encourages anyone who is need of assistance because of the heat or sees someone in distress to call 211 or 911 in emergencies.

The extreme weather response will remain in effect until the heat dies down, the city said in a statement Saturday.