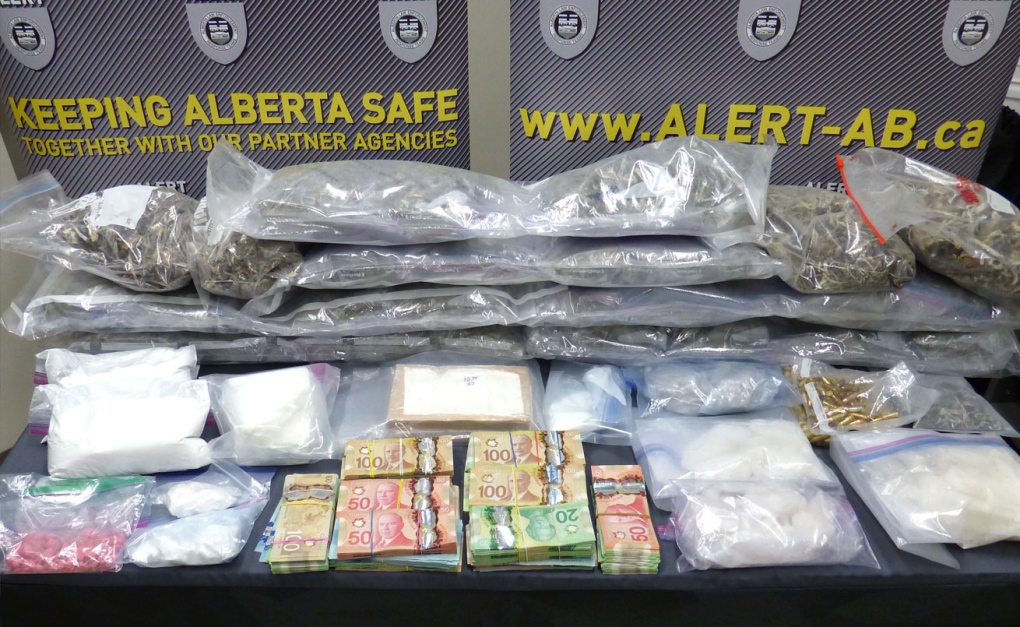 Police say they seized more than $700,000 worth of drugs and cash from a west Edmonton home Feb. 8. (Provided Image)

EDMONTON -- A 39-year old man is facing multiple charges after the Alberta Law Enforcement Response Team (ALERT) seized more than $700,000 worth of drugs and cash from a home in west Edmonton.

Garret Nybakken was arrested at his home and charged with possession of drugs for the purpose of trafficking, proceeds of crime, breach a firearms prohibition and charges under the cannabis act.

Police say they also found hundreds of rounds of ammunition, which Nybakken is not allowed to have because of a previous conviction.

According to a news release, ALERT Edmonton's organized crime and gang team searched a residence in the Glastonbury neighbouhood Monday, as the result of a short-term investigation and made the seizure with help from the Edmonton Police Service.

"The significance of that is a lot of these substances that we've seen on the streets of Edmonton. It boils right down to the social impact," said S/Sgt. Lance Parker. "Methamphetamine right now is making a huge comeback. We're seeing more of it."