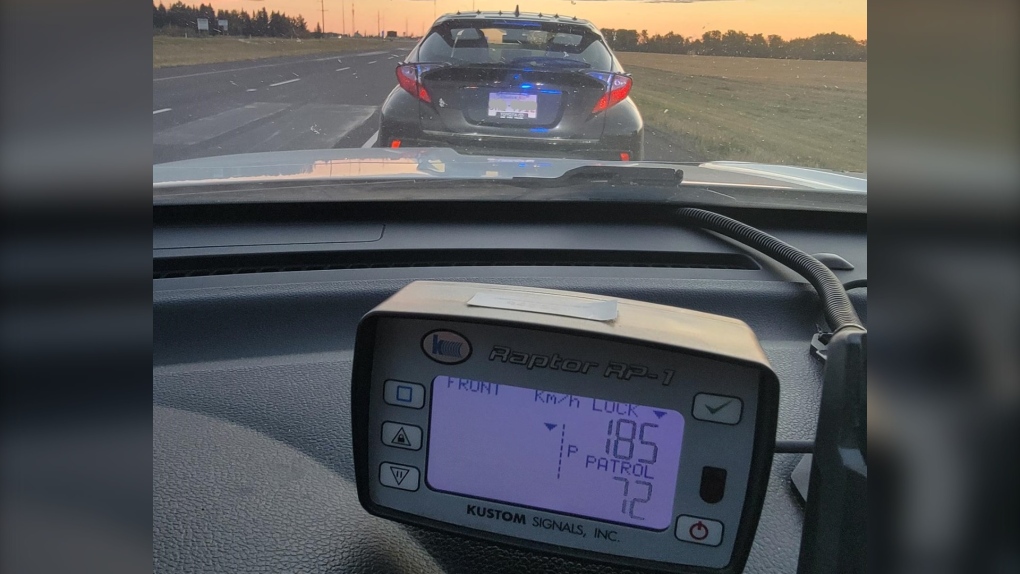 A 58-year-old Edmonton man was arrested Friday morning after RCMP say he was caught driving 85 kilometers over the speed limit near Fort Saskatchewan.

"A traffic stop was initiated and the investigation revealed the driver was wanted out of Edmonton for a similar offence and was subsequently arrested," Const. Lauren Mowbray wrote in a news release.

Fort Saskatchewan RCMP also wrote a ticket on Sept. 9 for a driver going 164 km/hr in a posted 100 km/hr zone on Highway 15, Mowbray said, and 10 days later a different person was clocked at 161 km/hr in the same spot.

"By driving in excess of the speed limit, drivers have less time to react to any obstructions on the roadway such as wildlife, other motorists or pedestrians," Mowbray stated.

All three drivers have court dates next month.

Actress Kirstie Alley has died after a brief battle with cancer, her children True and Lillie Parker announced on her social media.