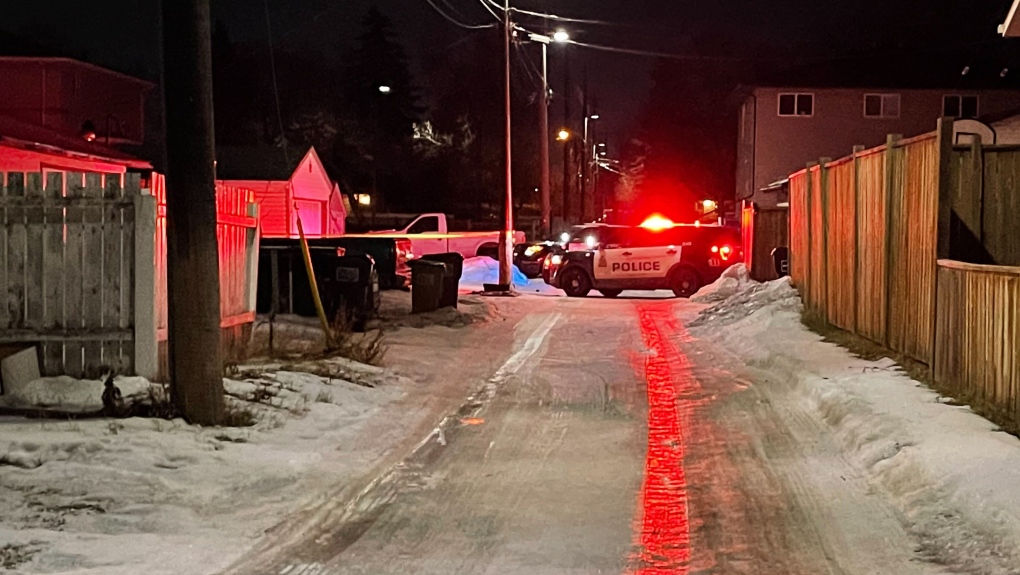 Police are investigating a suspicious death at a home they responded to for a weapon complaint (CTV News Edmonton/Sean McClune).
EDMONTON -

A 24-year-old man was charged with second-degree murder in connection with the death of a man in northeast Edmonton.

On Friday, police responded to a weapons complaint in the Balwin neighbourhood, near 67 Street and 127 Avenue, around 12:40 p.m.

Officers located a 23-year-old man dead inside the home.

Police said on Saturday that Dalton Moar, 24, of Edmonton, was arrested and charged with second-degree murder.

According to the Edmonton Police Service, there are no other suspects.

An autopsy is scheduled for Tuesday.