Man charged with flying drone downtown, a first for EPS 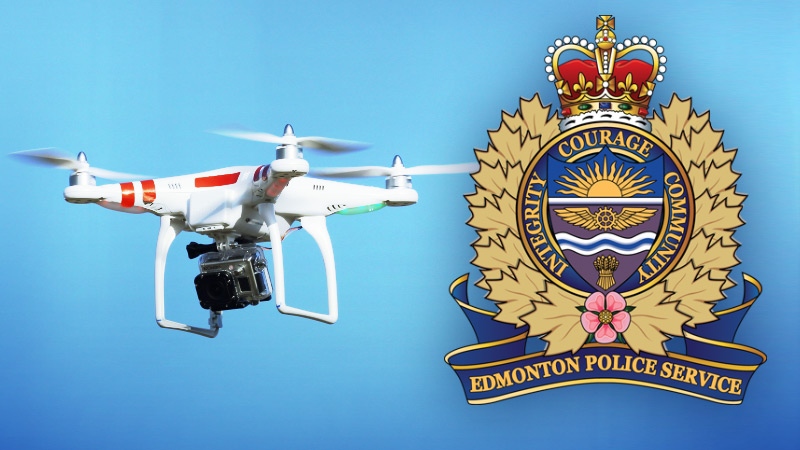 It’s a first for the Edmonton Police Service as they have charged a man for the misuse of an Unmanned Aerial Vehicle (UAV), also known as a drone.

The incident happened in September. Police say a constable, who is trained to operate a drone, noticed an UAV being operated in a dangerous manner in downtown Edmonton.

The UAV was reportedly seen flying in the area of 105Avenue and 104Street, over buildings, roadways, the MacEwan LRT Station and Rogers Place.

Bennett Alexander Hojka, 23, is facing two charges. The first is operating a model aircraft without a permit on park land which is a municipal bylaw. The second charge is flying a model aircraft in a manner that is or is likely to be hazardous to aviation safety under the Canadian Aviation Regulations.

The charges were laid because guidelines issued by Transport Canada said that type of operation was hazardous to people on the ground. They also said the UAV was operating too close to the Royal Alexandra Heliport.

EPS conducted their investigation along with Transport Canada, which resulted in the charges being laid on Monday.

Const. Binoy Prabhu said in a news release, “With the holiday season here, many electronic enthusiasts may purchase or receive an UAV as a gift. Please remember there are regulations for its use and that users should be familiar and follow the Transport Canada guidelines.”

Some of the don’ts include: