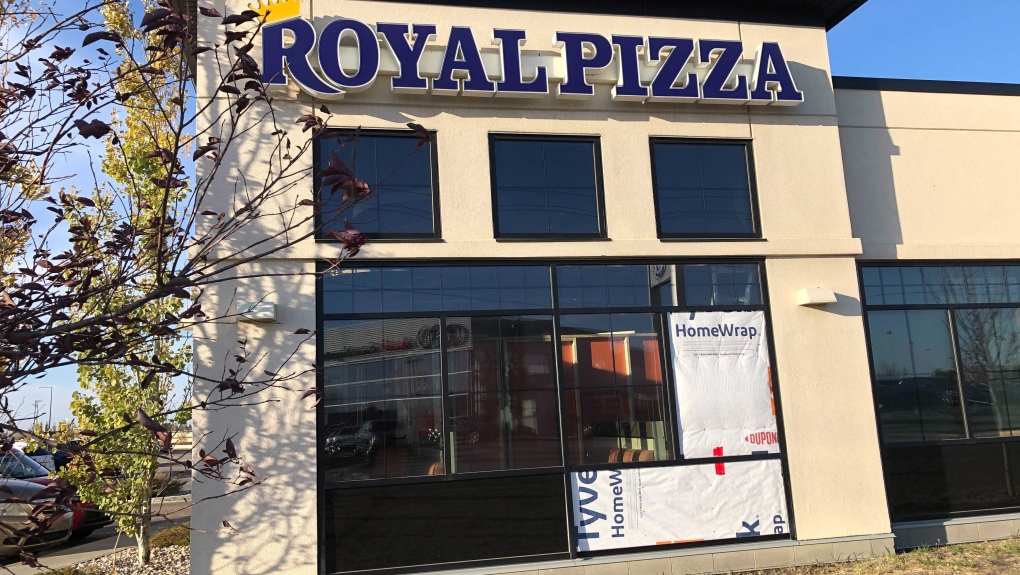 The manager of the Royal Pizza at 1214 101 Street told CTV News said there was a shooting at the restaurant. (CTV News Edmonton)
EDMONTON -

Warning: This story contaings graphic imagery which may be disturbing to some viewers.

A man was shot several times through a window while having dinner with his family in a south Edmonton restaurant earlier this month, police said.

The victim was sitting with his family at a restaurant at approximately 8:20 p.m. on Oct. 8 when a man approached the table from outside and shot at the family through the window, police said.

The man sustained several gunshot wounds and was taken to hospital with serious but non-life threatening injuries, EPS said.

His family, including children, staff and other customers fled the restaurant uninjured, police said. The manager of the Royal Pizza at 1214 101 Street told CTV News the shooting took place at that location.

The shooter fled the scene on foot and got into an SUV driven by someone else.

The victim has been released from hospital since.

Police are seeking the public's help to identify the shooter and the driver. Anyone with information is encouraged to call police at 780-423-4567.

Mounties on Vancouver Island have publicly identified the two gunmen killed during a shootout with police at a bank in Saanich on Tuesday.