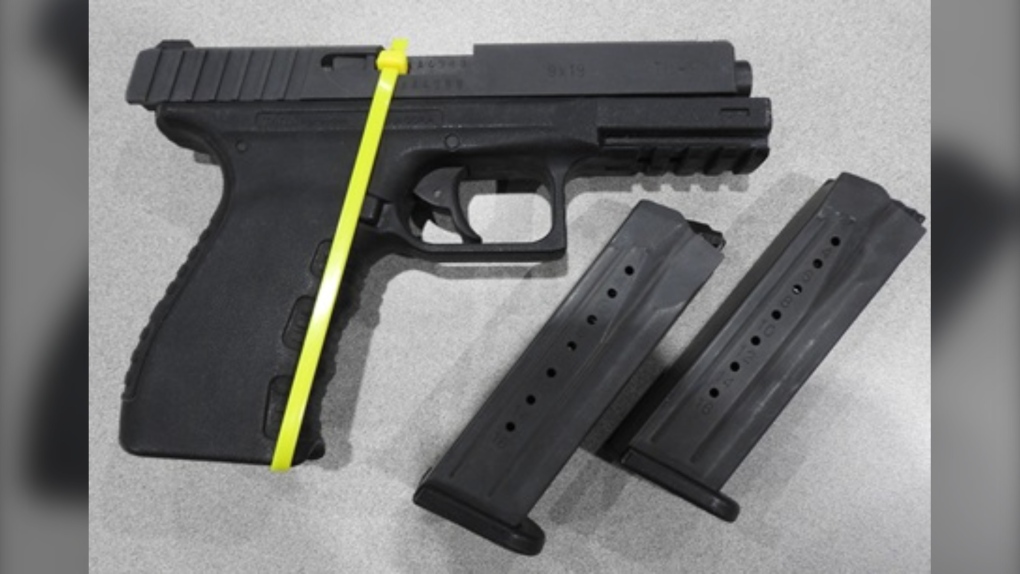 One of several firearms restricted by police during investigations into straw buying in Edmonton in 2020 and 2021. (Photo provided.)

Eight people have been charged in connection to several firearms-trafficking operations.

Buying guns legally to traffic them is known as straw buying.

In their investigations, police were only able to find three of 20 firearms they believe were trafficked.

Over the summer of 2020, police arrested a Fort Saskatchewan man, 40-year-old Bradley Smigorowsky, and he was charged with two counts of firearms trafficking. Investigators say he bought two restricted firearms. Two other men would later be found in possession of firearms registered to him.

In September 2020, police said Cody Young was found with two firearms, one of which was Smigorowsky's. Young, 32, was under a firearms prohibition order, and subsequently charged with four firearms offences.

In November 2020, Ryley Hoffman, 35, was arrested during a drug investigation and found with fentanyl and a firearm registered to Smigorowsky, police said. He, too, was under a firearms prohibition order at the time, and was charged with five weapons offences.

In a second case, police say they received a tip about a man who had bought 14 restricted firearms in Edmonton over the course of nearly two years and executed a search warrant at his home at 135 Avenue and 139 Street. They seized a non-restricted rifle during the search, but did not find any of the 14 guns he reportedly bought between September 2019 and July 2021. However, one of the weapons was found in the vehicle of a man leaving his home on Nov. 17. Calvin Warren-Grandbois, 31, faces 15 counts each of firearms trafficking and possession for the purpose of firearms trafficking.

Previously, a firearm registered to Warren-Grandbois had been found in June at an address where police executed a search warrant.

Another accused straw buyer, Michael Steinke, is alleged to have bought four firearms in Edmonton and trafficked them to other people. He faces a total of 10 charges.

Police say one of the firearms registered to Steinke was found on Oct. 8 during a traffic stop. The man driving the vehicle, 50-year-old Richard Leber, faces seven charges – mostly weapons charges – but no trafficking charge.

In early December, police executed search warrants at Steinke's house near 110 Avenue and 109 Street as well as the home of a man suspected to have bought firearms from him. Officers did not find any of the weapons at either address. Another unrestricted rifle was found at the second home, at 115 Avenue and 97 Street, the residence of Justin Boucher. Police believe Boucher, 29, trafficked one of the firearms Steinke allegedly sold him. He faces five charges.

All of the accused, except Smigorowsky, are from Edmonton.

Police called the arrests evidence of EPS' dedication to tackle street violence and of the difference its firearms investigation unit has made.